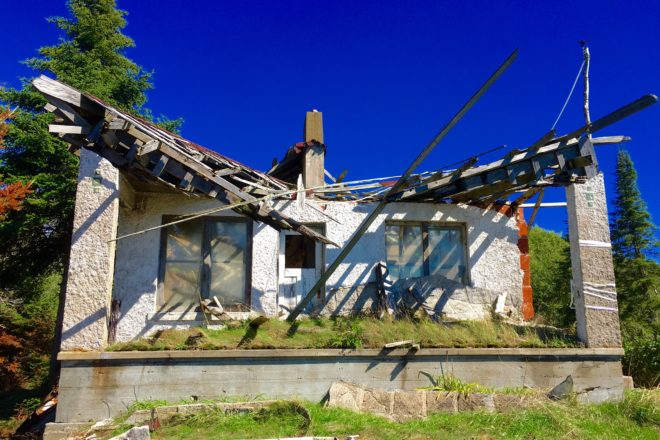 A Friends group is being organized with the intention of rehabilitating the lighthouse and keeper’s house on Poverty Island. Photos by Tim Sweet.

The future of Poverty Island was discussed in a conference call last week.

The call was hosted by Carol Grundman, a Milwaukee-based realty specialist with the Bureau of Land Management. While Poverty Island is located a little less than six miles off the shore of Michigan’s Garden Peninsula, the conference call attracted a number of interested people in Door County, including several members of the Friends of Plum and Pilot Islands (FOPPI).

A light station was established on the island in 1875 so ships could safely traverse the hazardous passage with killer shoals. When the lighthouse was automated in 1957, the buildings were abandoned and were described by several conference call participants who have been on the island recently as beyond repair.

Grundman explained that the 192-acre island – part of the Grand Traverse chain of islands – has been under Coast Guard ownership, but expects a transfer to be completed this year to the U.S. Fish and Wildlife Services to add to their Green Bay National Wildlife Refuge. Grundman said the transfer opens the door to a nonprofit group taking possession of the lighthouse buildings under the National Historic Lighthouse Preservation Act.

After a number of callers talked about the deplorable condition of the buildings, FOPPI member Paul Schumacher, a retired engineer, said he disagreed with all the comments that the buildings are past saving. He said the roof has caved in and dragged a wall down with it, but the brick structure is salvageable. He said it would be relatively easy to put another roof on to keep the rain and snow out, and added that windows or window covers are mission critical. 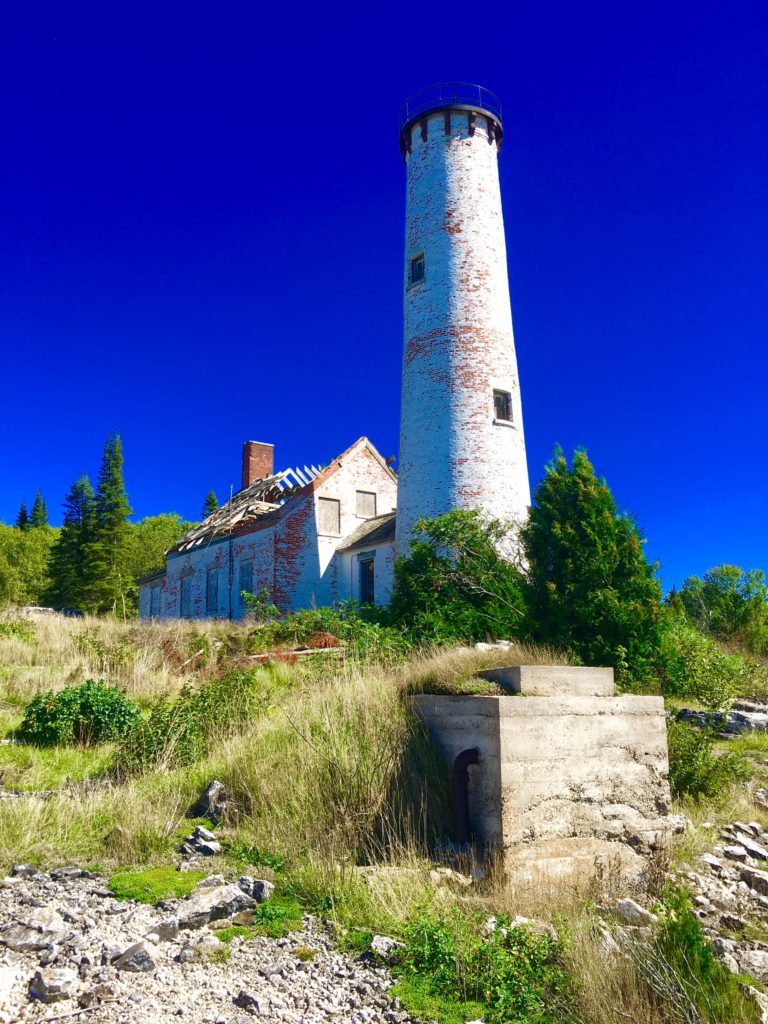 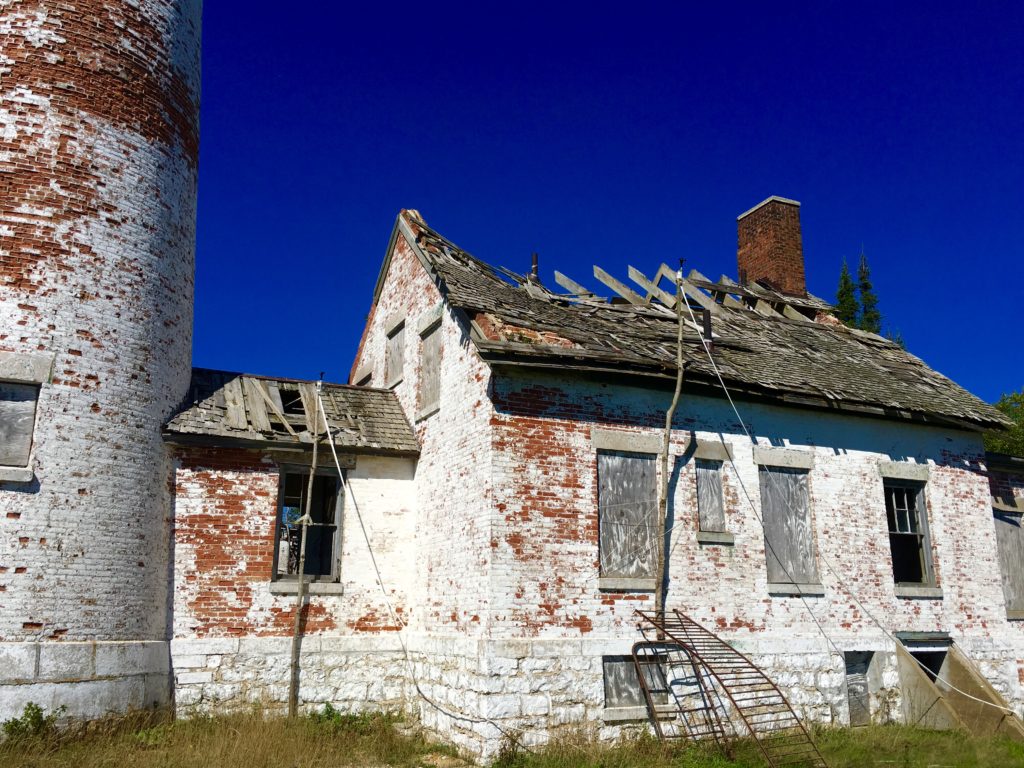 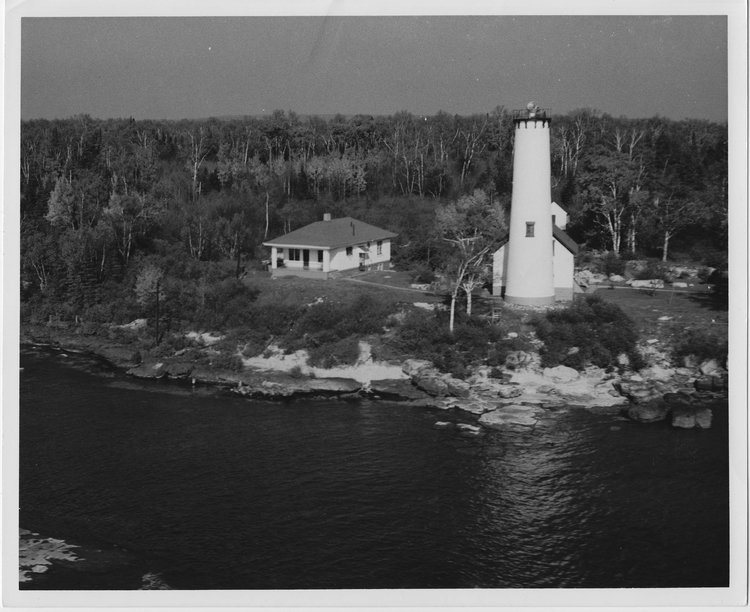 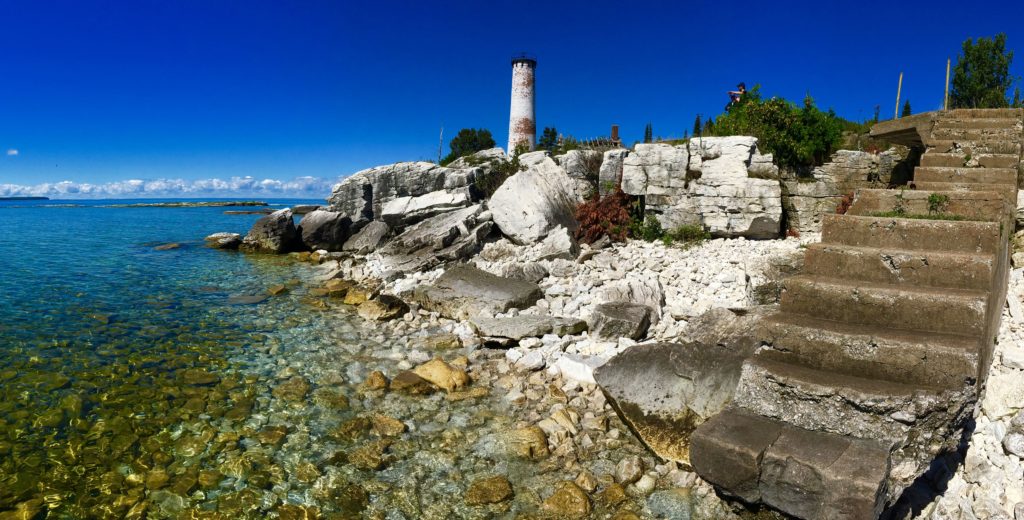 “I believe with a little TLC, the building can be saved,” he said.

Tim Sweet, also of FOPPI, suggested getting a preservation architect onto the island to assess the damage and determine what can be salvaged.

Grundman pointed out that there are no funds for restoration of the lighthouse buildings on Poverty Island, and was hoping a group would come forward to raise funds for the work.

Christine Williams, president of Michigan Lighthouse Service and board member of the Michigan Lighthouse Alliance said she would take the lead on forming a friends group for Poverty Island. She hopes to organize a visit to the island soon, and she asks that anyone interested in being involved in the Poverty Island project fill out the online form at michiganlighthouseservice.org/partners/.