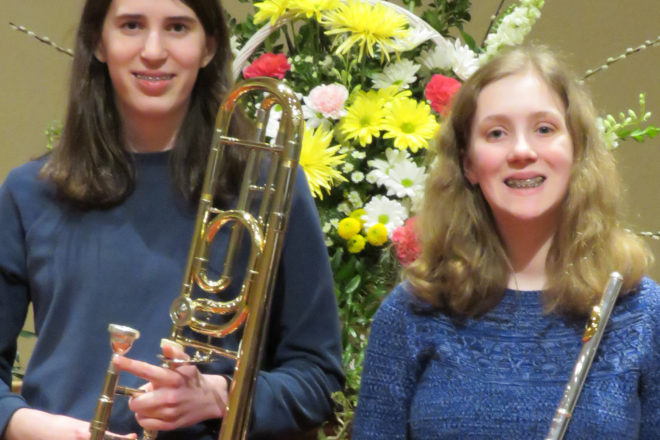 The Peninsula Symphonic Band (PSB) and the Swingin’ Door Big Band have announced the two winners of their first summer band-camp scholarships, who will receive $350 each to use toward summer band-camp tuition.

“We are absolutely excited to present these two outstanding young musicians with our first-ever summer music-camp scholarships,” said PSB’s music director, Jason Palmer. “We want to do all that we can to encourage young music students to advance their skills and musicianship because doing so helps to make their high school music programs that much stronger.”

Each student completed an application, wrote an essay about what they hoped to learn at summer music camp and submitted letters of recommendation.

The scholarship program is funded through the proceeds collected at Swingin’ Door Big Band performances.