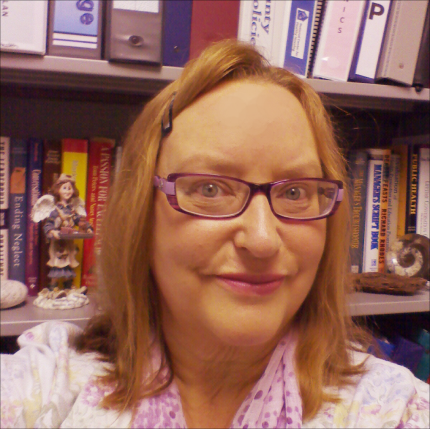 This week marked the last week of work for Door County Public Health Nurse Rhonda Kolberg. After 27 years, she is stepping down to start a new life in retirement.

“This will be very different for me. I’ve worked my whole life,” she said.

Before taking the Door County public health nurse position in 1991, Kolberg said her contact with Door County was limited to visiting Kolberg (between Brussels and Forestville) to get a picture next to the Kolberg sign.

Kolberg, originally from Rhinelander, said it was her mother who inspired her to follow a career in nursing. Her mom spent 30 years working nights in OB at Rhinelander Hospital.

Kolberg graduated from the University of Wisconsin-Oshkosh’s undergraduate nursing program in 1979, after which she returned to Rhinelander to work at the same hospital as her mother until landing a job in public health in Oneida County.

“Public health has always been my passion,” she said.

“We’re working to make sure people don’t get sick, that standards are met for different areas,” she said. “There’s always something different coming up. Always. Public health is a changing of community norms of what is acceptable.”

She stayed at the Oneida County job for four years before moving to La Crosse, where she worked part-time in Gundersen Lutheran Medical Center’s orthopedic unit while also earning her Master’s degree in community health education.

“From there I went to Minnesota, and I got a job at Kanabec County Public Health, about an hour north of the Twin Cities. I was the director there for two years,” Kolberg said. “Then this job came up. My mom got this Nursingmatters paper that listed job openings. She said this job came up in Door County, what do you think? I didn’t know that much about the county. I knew it was a really nice place. I did apply for the job and they called me the next day and offered the job to me.”

“I did all the worksheets and everything,” she said. “I came up with two things I wanted to do. One was to manage a workplace so people would have a good place to come to work, where people would actually like coming to work. The other was to help families, women and children especially. I used those as guides, and I feel I was able to do both here. I always had that missionary zeal for helping others, from the ’70s, I guess. My skills fit here. The people that were working here, we worked well together.”

She recalls that when she first came to Door County, the Public Health Department gave all immunizations for the county.

“The line was out to the street. We did a lot of vaccines,” she said.

But that all changed in 2012 when the federal government changed the rules and public health could only give vaccinations to the uninsured, to those on the state BadgerCare program, or if they were Native Americans or Alaskan natives.

“Everyone else had to to go to their medical provider. That was a big change for us,” she said.

Another big change for her department came in the aftermath of 9/11.

“That took us on a different path. We were more focused on preparedness,” she said. “There were the anthrax attacks. They gave grants to health departments for disease outbreaks or terrorism-type events. That brought us all to a different area. We still do a lot with preparedness – floods, manure spills, pandemics.”

A program she is especially proud of is one that has become a model for the rest of the nation.

“In 2002 we started the beach testing program. It is a nationally recognized program that other people try to model,” she said. “In Door County we test 34 beaches, which is the most in the state. We work with Greg Kleinheinz at UW-Oshkosh. That is a significant relationship we developed with UW-Oshkosh.”

In that beach monitoring program Public Health teamed up with the county’s Soil and Water Dept., which at that time was led by Bill Schuster, who, like Kolberg, also earned his undergraduate degree at Oshkosh (“I think I remember seeing him walking around with a long ponytail, but I didn’t know him then,” Kolberg said of Schuster).

“Bill looked at the causes and we looked at the health effects and monitoring,” she said. “It was a good working relationship between the two of us, and we got a collaboration award [from their alma mater].”

Kolberg said she is confident the department will be in good hands in her absence, and she will be around if she is needed.

But she is also looking forward to pursuing some of her own interests, including selling her Door County Crosswords & Puzzles book at area farmers markets.

“I just got it out last September. It took me about four years to do it,” she said. “My mom, again, she had seen another crossword about the UP and said why don’t you do one for Door County? So I thought I’d try it.”

“He loves everybody,” she said.

So keep your eyes peeled for Murphy and his newly work-liberated owner this summer.