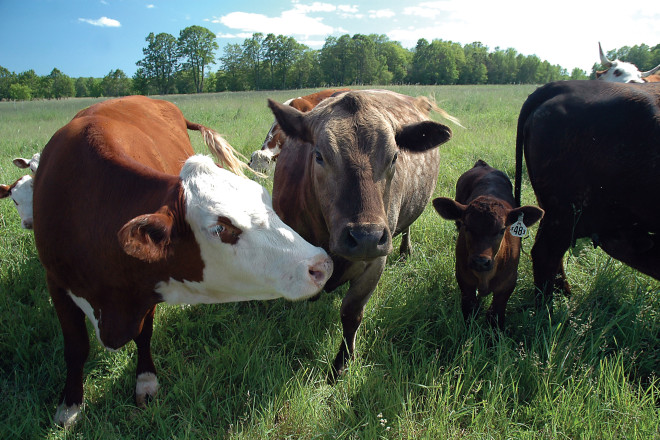 The milk production report for January showed marked increases from last year in the upper Midwest states. One of the biggest gains was in Wisconsin, where a new monthly milk production record topped out at 2.509 billion pounds for the month, a 4.1 percent increase from January of 2015. The increase was due to a combination of more cows and more milk per cow.

But the greater production doesn’t always mean more money for dairy farmers. A crash in dairy prices at the end of 2014 has left milk prices at a five-year low.

Despite Wisconsin’s record-high production, the decreased supply elsewhere in the country, including the south and California, means the cost to consumers probably won’t fluctuate at all. Compared to Wisconsin’s 4.1 percent increase, the national increase was just .3 percent.

Future contracts don’t look very bright for milk either, with decreased prices that only rally up to $15 through January of 2018.

But Tim Hunt, economist and global dairy strategist with Rabobank, said in a dairy business conference that prices will move upward in 2016.

He attributes this to China’s waning supply, stagnant production in the European Union and affordability to marginal countries that can now afford the product at these lower prices.

At roughly $13 per gallon, farms can barely turn a profit on a gallon of milk and some dairy farms may be squeezed out of the market, further decreasing the supply and driving prices upwards.