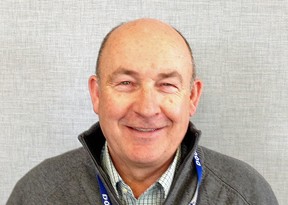 Sister Bay Village President Denise Bhirdo will not run for another term in April. Dave Lienau, current village board trustee, is running unopposed for the positionand will likely take her place.

Read a Q&A with Bhirdo here.

Carol Thompson (CT):  Why did you decide to run for village president?

Dave Lienau (DL):  When Denise decided to step down and not run this year I knew there was a void to be filled because of the large projects we have coming up downtown in the next couple of years. I felt it was important that somebody who had been on the board for a while and was familiar with the depth of what was going to go on should be in that position. I decided to give it a shot.

I’ve always felt it’s important to give back to your community, and I saw now as a good time to be able to do that

CT:  How long have you been in village government?

DL:  I’ve been elected three times. I’m in my seventh year as a trustee.

The last year I was chairman of both the parks and marina committees, and we went through large projects with that.

CT:  Is there anything you hope to accomplish as president?

DL:  It goes back to the next two years. We’ve got the beach project, more specifically the downtown rebuilding project and the reconstruction of Highway 42. That’s going to be huge and that’s going to consume most of what’s going on in the village the next few years.

I think it’s going to be very difficult schedule-wise, we need to work with the businesses, the residents and the rest of the county to make sure everybody knows we’re still open for business.

It’s a real priority to make sure the village stays on top of what’s going on with the DOT to minimize the disruptions to the residents and the businesses downtown over the next couple of years.

CT: Why do you think you’re running unopposed?

DL:  I think in general, especially in the trustee level or supervisor level, people are glad if somebody’s doing it. Personally I don’t think there’s enough involvement by a lot of people in the community but everybody’s busy and have other things going on. I think people are afraid with what they’d have to get involved with and time commitments.

It’s a difficult thing to try and get people to run in local governments.