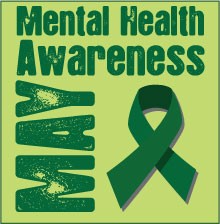 A national expert on coping with traumatic loss, compassion fatigue and suicidology will be in Door County next week for a series of meetings with health care professionals and the public as part of Mental Health Awareness Month.

Barbara Rubel is an author, educator and dynamic speaker whose personal story includes that both her parents were police officers, and her father died by suicide when she was hospitalized to give birth to triplets.

“Where we got the information for our community needs assessment was from a 2008 state report called The Burden of Suicide. The suicide rate for Door County for 2001-06, the years studied, was 13.3 per 100,000 population versus the state rate of 11.8. That’s quite a bit higher,” said Susan Powers, Door County Public Health Nurse.

Other key finds from The Burden of Suicide:

• The cost of inpatient hospitalizations and emergency department visits due to self-inflicted injury was more than $119,000 in 2006 alone.

• Firearms were the most frequently used method in Door County suicides (40 percent) followed by hanging, strangulation or suffocation (33 percent) and poisoning (23 percent).

“The report goes on to talk about ages and methods, which gives us some clues,” Powers said. “The numbers are real discouraging, but any number, one per 100,000 population is too many. That’s our viewpoint.”

After the community needs assessment, “We asked for community volunteers who were interested,” Powers said. “We didn’t solicit too much. People are paying attention. There is a member from Prevent Suicide Door County/Nathan Wilson Coalition, which formed in the last few years. There are a couple of representatives from NAMI (National Alliance on Mental Health). One of the other major presences on our mental health task force is Door County Department of Human Services.”

Once formed, the group wondered, what can we do as a community?

“Last year we assembled the Door County Mental Health Resource Guide,” Powers said. “That will be updated annually and that’s available on the county website, on the right side as a quick link.

“We want to reach out to anybody in the county that’s providing any kind of mental health service. If they are, they’re listed in there. That was a start. It’s been well received in the community.

“Providers are finding it helpful and people are looking at it. That was one of our theories, maybe people are having difficulty connecting to services. And I think the nature of mental illness, it is difficult to connect to services because your illness tells you you don’t need help, maybe, or it’s hopeless, or all those other thoughts that are really the mental illness.

“The other thing that is of concern to our group is the stigma of mental illness. That is a big reason why we are celebrating Mental Health Awareness Month, to decrease the stigma.”

Powers said two QPR (sessions are being held this month to train people to deal with someone with suicidal thoughts.

“That stands for Question, Persuade, Refer, and that is a system for laypeople talking to someone who’s upset. How to deal with someone who might be suicidal and to avoid, ‘Oh my god, I don’t know what to do’ or ‘I shouldn’t talk about this because it will put ideas in their head,’ which is totally untrue.”

The first hour-long training session was held May 5 and the second will be held at 6:30 pm at the Sturgeon Bay Library on May 22.

“Since we formed this group, I’ve learned a lot about suicide as a community problem, things that are quite obvious that I hadn’t thought of. One of the phrases that sticks in my mind is, ‘Suicide is a permanent solution to a temporary problem.’ But, of course, if someone is contemplating suicide, that is not what they are thinking.”

Powers said the group is excited about inviting Rubel to speak.

“We’re really talking it up,” she said. “I have not heard Barbara Rubel speak but others in our group have and wanted her to come. I’ve talked to her on the phone and she’s really enthusiastic. She’s going to speak at seven different venues in two days, mostly to professional groups, but there are two public events.”

The first is Monday, May 12, at Sturgeon Bay High School Auditorium, and the second on May 13 at Stone Harbor Resort, Sturgeon Bay. A resource fair begins at 6:30 pm and Rubel will speak at 7 pm. Both events are free.