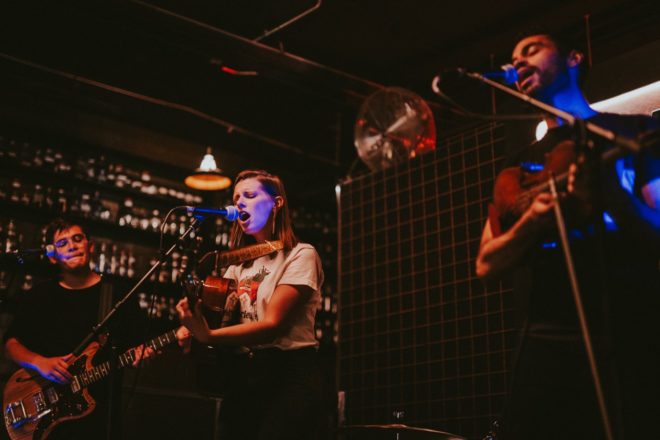 We wanted to chat with Chicago musician Paige Hargrove ahead of her Feb. 29, 7 pm, show at the Door County Brewing Co. Taproom & Music Hall. According to her Facebook biography, she has a “very loud voice and a fairly quiet personality.’’ Check out those descriptions for yourself, and read more about her in an extended Q&A below.

Celeste Benzschawel (CB): Your debut album Georgia was released in 2018. Do you have any other projects in the works?

Paige Hargrove (PH): Yes, I’m working on a couple songs and am very excited to be releasing some new singles this year!

CB: What was one of the first songs you learned to sing, play or perform?

PH: I think the first song I learned to play and sing was “Our Song” by Taylor Swift. Years later, when I started open mics, my first “go-to” song was “Doolin’ Dalton” by The Eagles or “Misery Business” by Paramore. All quite different, but they were fun!

CB: If you had to describe your sound in three words, what would you say?

CB: What is it about Chicago that inspires your songwriting?

PH: I lived in Georgia for a few years, so I think the fact and feeling of being back home has helped to inspire new nostalgic songs about places and people I love. Also, I have many musician friends who live around the Chicago area who always inspire me to write.

CB: If you had to pick a drink that fits best with your music, what would you choose and why?

PH: Jack Daniels honey whiskey because it helps me sing and helps my nerves! Ha ha!

CB: Who are you listening to right now for inspiration?

CB: What are you looking forward to regarding your show in Door County?

PH: I’m excited to play with my band, which I don’t often get to do, and meet some new faces up in Door County.