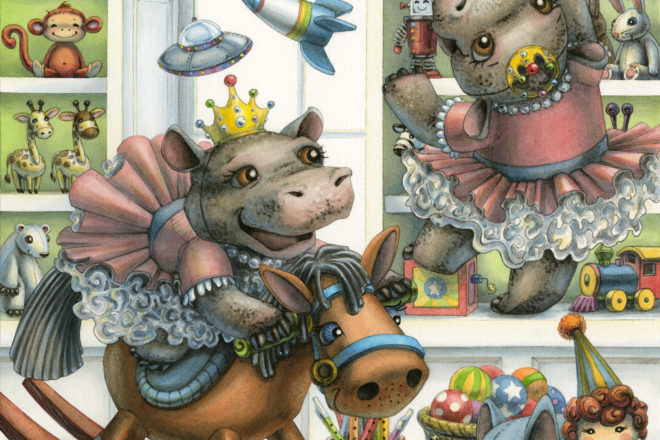 “I always judged a book by its cover when I was a kid,” Bonnie Leick admits. “I’d go to the library and be like, ‘That’s a beautiful book! I don’t care what the story is.’”

It’s not an admission of guilt but a pinpoint of childhood interest that inspired Leick’s eventual career as a children’s book illustrator. It was a calling the Stratford, Wis. native and current Sister Bay resident answered in 2005 after a successful decade-long career as an animator for Disney, Creative Capers and Warner Brothers, and on such movies as Space Jam and The Tigger Movie.

Since answering the call to illustrate children’s books, her award-winning watercolor illustrations of monsters, humans, ghosts and nature have appeared in Highlights children’s magazine and several children’s books, including Baby Bear Eats the Night, Beautiful Moon, Where the Mild Things Are and Little Monster books.

A collection of Leick’s illustrations are on display in Miller Art Museum’s current exhibit, Beyond Words: The Art of Regional Children’s Book Illustration, on display through Feb. 14.

I recently spoke with Leick to talk childhood inspiration, animation and the current state of children’s book illustrations. For more of Leick’s work, visit bonnieleick.com. 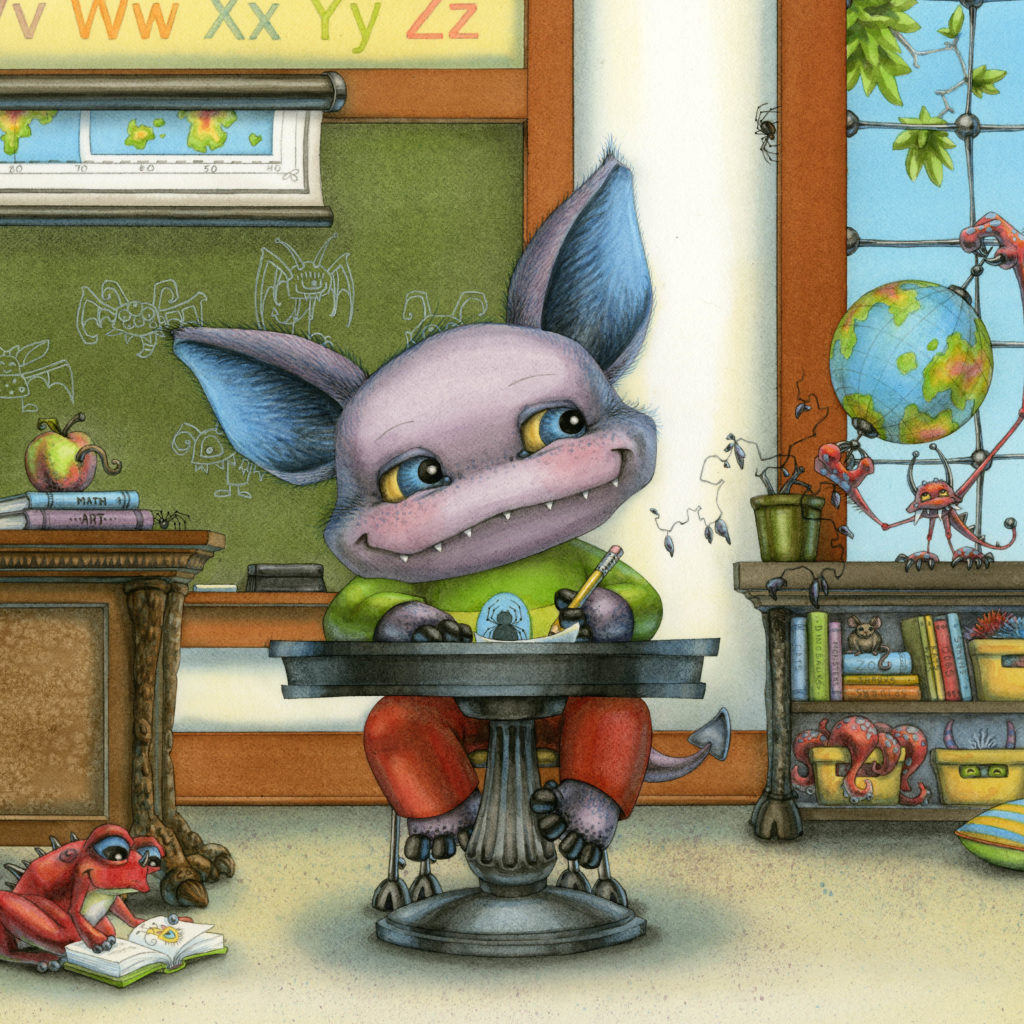 Alyssa Skiba (AS):  As a child, who inspired your artistic side?

Bonnie Leick (BL):  I always drew. My mom was a grade school teacher and her promise with my dad was anything that we showed an interest in, they’d really encourage it. She would sit there and draw with me. She was actually my art teacher in grade school for a while, three or four years.

AS:  How did your approach to drawing change when you switched from animation to illustration?

BL:  For me, animation’s a little goofier. It’s the same concept for each. Animation, you’re lucky because you get to actually animate it and to show movement. With one picture, I think that animation background of mine really kind of helped that, as well as expressions in the face and the acting and the movement and the feel and the lighting and the mood. You’ve got to tell a lot in that one frame. I love that challenge.

AS:  What illustrators or books have inspired you along your career?

BL:  Blueberries for Sal. It was very simple, like a wood-cut style of book. Three colors. That was it. That book is from the ‘40s. Richard Scarry is something that I looked at a lot when I was a little kid. I just loved seeing all of those details and those little stories going on within the story, which is something I try to create in my art.

AS:  What is your medium and surface of choice?

BL:  Watercolor on Strathmore 500 Series Bristol 4-ply. It’s a nice, smooth surface and a nice, bright white. It’s easier for the detail, too.

AS:  How many pieces of original art do you create for each book?

BL:  Generally about 16 pieces for interior art and then a few spots for the title pages and then the cover and the back cover. Also the end pages when you open up the book. 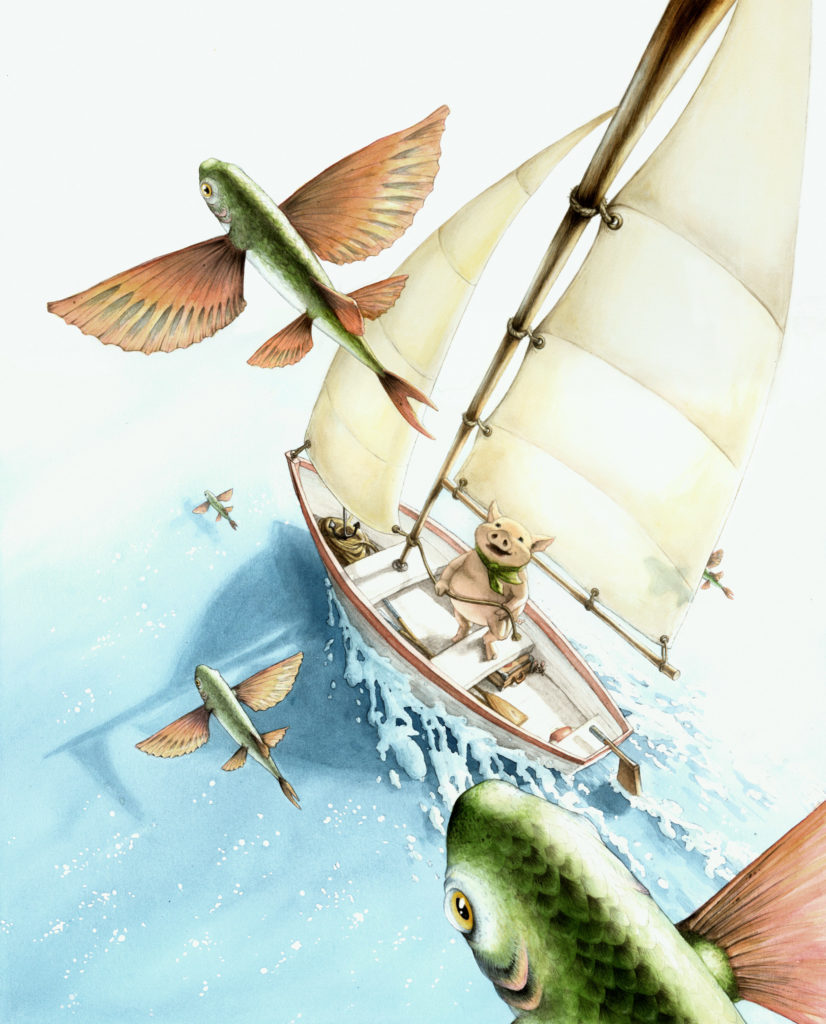 AS:  Is there anything happening in your field now that you’re particularly excited about?

BL:  Diversity is the huge thing now. I think that’s fantastic. For a long time, books were either for girls or boys, there was always caucasian kids in everything, and any book that I’ve done that has had more than just the main character, I’ve always tried to include that (diversity) in it. That’s a really big thing that’s happening now…and then girl books as well. Girl films, girl TV.

AS:  What do you hope to achieve with your work?

BL:  I hope people remember my artwork and it influences them in some way. There’s always the discussion of, ‘Do you do art for yourself or for everybody else?’ When you do books, obviously they’re for other people because they’re books and other people are going to see them but also that is for me as well. First is the audience, because you’ve got to think about them for it to be a successful book, but it’s also like having a child. This is your baby. Keeps you up at night, too. As far as my personal work, I really do it because it’s therapeutic. After doing so much professional artwork, when I finally get down to do my own, it’s so much fun and I just really remember that time too. It’s so nice and relaxed and happy.

AS:  You’re an adult who illustrates children’s books. Do you think like a child?

BL:  Oh yeah, absolutely. I even dream in it, too.