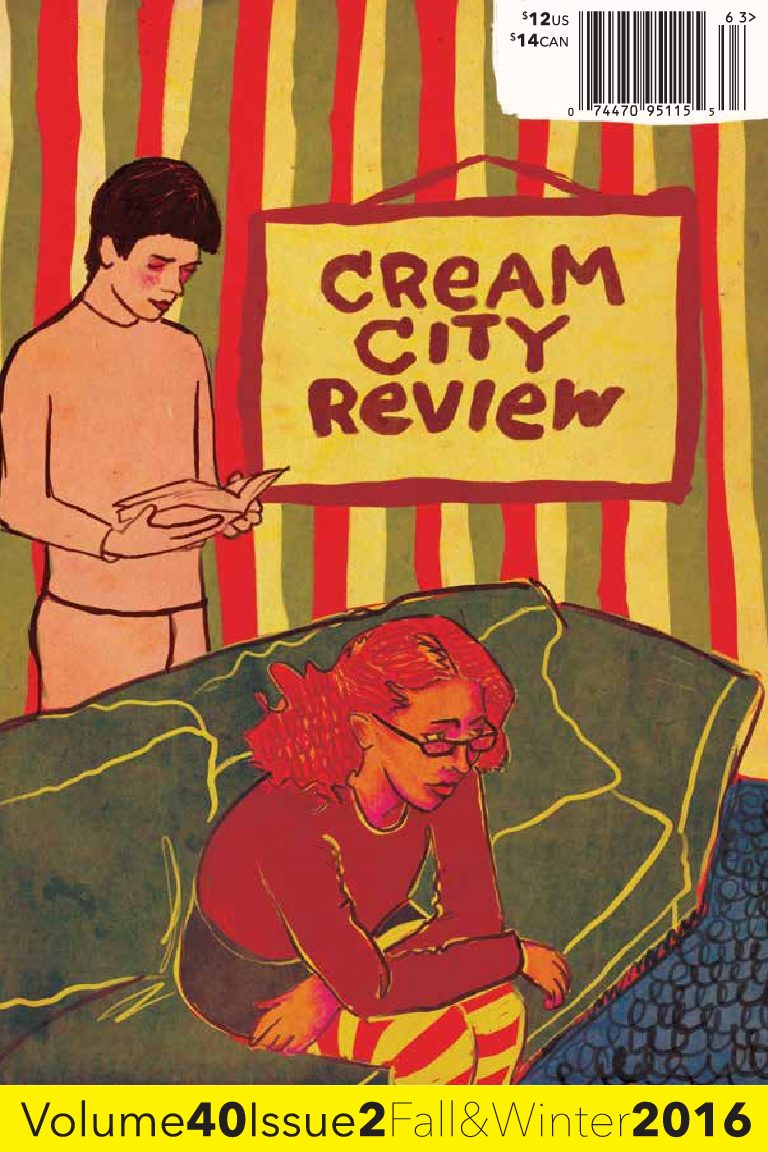 This year, the team behind the Peninsula Pulse’s 2017 Hal Prize poetry, prose and photography contest is pleased to announce a partnership with the Milwaukee literary journal, cream city review. Through this partnership, the poetry editors of the 42-year-old publication, considered one of the Midwest’s premier literary magazines, will serve as judges for the Hal Prize poetry contest.

Current editors are Alessandra Simmons, Soham Patel and Tobias Wray. I recently reached out to Tobias with a few questions on becoming a poet, his favorite writers, and what makes a good poem. For more on the Hal Prize, visit thehalprize.com. Deadline for submissions is Monday, May 1. 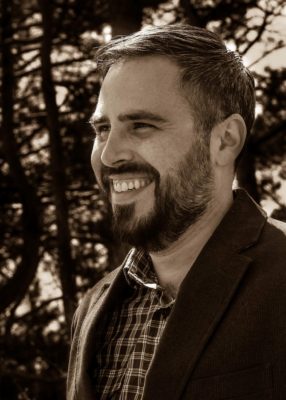 Alyssa Skiba (AS): When did you know you wanted to be a poet?

Tobias Wray (TW): I am not sure if there was a moment of decision. I remember becoming startled by small moments and writing about that. I was never very good at paying attention, but poetry was a way for me to take hold of beauty and really feel the blades of it. A plane would fly overhead, and I would think how strange it is to believe what is under you is not air and you will not fall. How strange it is that we walk around so regularly not falling. Poetry became a way for me to keep from falling—or better yet, a way to embrace the inevitable plunge. Both at once, I think. Poetry directs our gaze to what is strange and alarming. Even (or especially) if we love it for being that way. I recall meeting with my first Creative Writing teacher and realizing the ideas I conveyed in my poem were connecting with him. I had written a poem for workshop about waking up in the morning and hearing a particular song—how that song could crack open the rhythms of the day and all I had to do was listen. Poetry is a way of listening, so I suppose I first wanted to be a poet when I realized I could listen in that way.

AS: Was there any poem in particular that inspired you?

TW: My mother loved Robert Frost and I remember paging through his collected works at a young age—hard to say if anything stood out, though I remember considering the cadence and wit of “Fire and Ice.” I remember copying out Maya Angelou’s poem “On the Pulse of Morning,” the one she read for Bill Clinton’s inauguration. When I was in high school in Dickinson, North Dakota I was captain of our speech team and read my poetic interpretation, as we called them, of Walt Whitman’s “Out of the Cradle Endlessly Rocking” at our state competition. That might have been my first love, though I did some real violence to that poor poem for the purposes of the competition. Many of those lines seem fit for any occasion—a talent Whitman had for drawing energy to him:

A man, yet by these tears a little boy again,

Throwing myself on the sand, confronting the waves,

I, chanter of pains and joys, uniter of here and hereafter,

Taking all hints to use them, but swiftly leaping beyond them,

AS: If you could sit down and chat with any poet, dead or alive, who would it be and what would you want to talk about?

TW: Probably Whitman. I would ask him what sort of American poetry he felt he could possibly write today. What it would mean to be the poet of what our nation has become. I imagine he would have something optimistic to say and I hope I would have the courage to believe him. I would ask the same question of Audre Lorde or Adrienne Rich, if I could. Though, their answers would probably ring truer and give me less comfort.

AS:  Has your work with Cream City Review influenced your own poetry? If so, how?

TW:  Reading many poetry submissions at a time is its own practice, its own poetic trance. Similar to writing, reading that way can feel a bit desperate, roaming among a labyrinth of voices and positions. As it relates to my own poetry, I can say I find it instructive. I think it shows you what is swirling around our collective poetic unconscious at any given time. I see certain subjects recur, ideas and themes repeating across poems submitted around the same time. These patterns might be simple, say box turtles might appear over several poems. Or, it can be cryptic, like a torn jacket, or a boy throwing rocks at a lake that bounces stars off its back. These narratives begin to swirl around and I am sure do crop up in my own verse from time to time.

AS: What makes a good poem?

TW: A good poem seems wrong if you think about it for too long. A good poem is (dis)honest and committed to its own intentions – it wants nothing and asks insistently for what it wants. It is self-aware and still capable of surprise. A good poem understands what sounds familiar and translates that into the sounds the world made before language tried to simplify everything. A good poem hangs in you like a claw.

AS:  What advice would you give a budding poet?

TW:  Write. Write as deeply and attentively as you can. Do not expect to understand, but believe that you might if you try.

AS: What place do you think poetry has in the world today?

TW: Poetry owned this town before folks had toes. It is the work of poets to acknowledge that, to press into the screen of possibilities and see where it leads back to. Poets work to locate life we have laid claim to understanding and unravel it again, undo the certainty we have started thinking we have. This is important work because knowledge is about questions and certainty is always the claim of ineptitude.