He was born Feb. 19, 1953 to Virgil A. and Evelyn (Luethge) Mueller. Randy graduated from Sevastopol High School in 1971 before continuing his education at NWTC Diesel Mechanics School. On Sept. 28, 1974 he married Christine M. Hintz at Sturgeon Bay Methodist Church. They had three children, Jennifer, Hilary, and Travis. 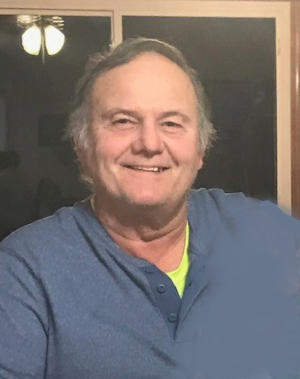 After graduating from Diesel School, Randy went to work in his father’s trucking business, driving and repairing trucks. In 1987 he and Chris started their own business, Mueller Towing and Repair. In 2000 they purchased and operated Royal Flush sanitation business. In 2008 their son Travis officially joined the family business followed by Hilary in 2011 and his son-in-law, Steven Heard in 2015. That same year in 2015 brought the purchase of the property across from their existing businesses. They would move the existing businesses there and reopen the scrap yard and relaunched as Door County Scrap Metal. It was a true family business that he and his family currently operate.

Randy was renowned in his mechanical knowledge and ability to diagnose and repair most anything. If no one else could fix it, you called Randy Mueller. He spent many hours helping people fix trucks over the phone when the truck breakdown was in another state.

He loved being in the outdoors and spent a lot of time hunting with his son Travis. Taking his dog Cooper along with Ash, Panzer and his buddy Neeko for runs with the four wheeler was another favorite pastime.

Randy was an avid trap shooter and loved helping people learn the sport. He and Travis shot on the same trap team. He was a member of Door County Rod and Gun Club, Gardner Gun Club, and Peninsula Gun Club.

Randy’s family was very important to him and he loved getting together with them at holidays and for summer picnics. He took many vacations to Disney World with his family. It truly was a magical place for him.  He enjoyed going to truck shows with Travis and restoring his antique 359 Peterbilt’s for The Big Iron Classic in Kasson Minnesota. Randy was a member of the Wisconsin Towing Association, and the American Truck Historical Society.

Preceding him in death was his daughter, Jennifer and his father, Virgil Mueller.

“As a family we are hurting from his loss and know those who were fortunate to have known Randy will be hurting too. Our family and his many friends are going to miss this wonderful man in our lives and will get through this shock together. Thank you for all of your support.”

A service to remember Randy will be celebrated at 11 am on Wednesday Nov. 21, 2018 at Prince of Peace Lutheran Church in Sturgeon Bay with Rev. David Leistra of Sturgeon Bay United Methodist Church officiating.  Burial will follow at Bayside Cemetery.

Friends may call from 4 – 9 pm Tuesday at Huehns Funeral Home in Sturgeon Bay and at the church on Wednesday from 9:30 am until the time of service at 11 am.

Huehns Funeral Home in Sturgeon Bay is assisting the family with arrangements. Expressions of sympathy, memories, and photos of Randy may be shared with his family through his tribute page at www.huehnsfuneralhome.com.