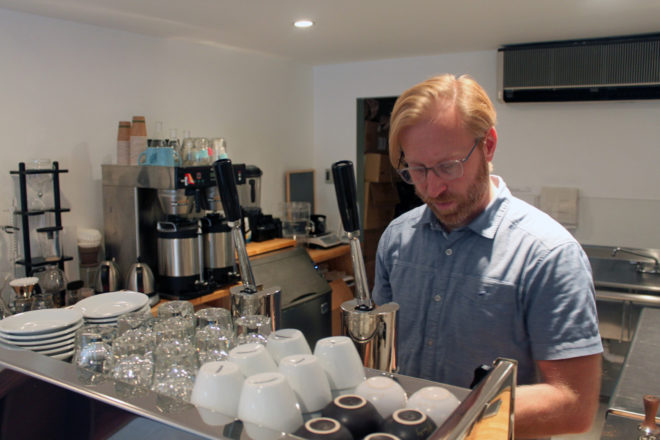 Randy Isely roasts all of his own coffee in his small shop on Church Street in Ephraim. Photo by Jackson Parr.

At Ephraim Coffee Lab, Randy Isely pushes a wooden board with a shot of espresso, one piece of dark chocolate and a small glass of soda water across the counter. You take a little bit of espresso to get a feel for the raw flavor. Then take a sip of soda water, eat the piece of chocolate and finish the rest of the espresso. The butter and fat from the chocolate will coat your mouth and smooth out the bite of espresso on that second tasting, he explained.

Isely’s journey to open the Ephraim Coffee Lab goes back to his earliest memories of a small airport outside of Janesville, Wis.

“My dad was a pilot,” said Isely. “He lived on coffee. I remember as a kid that black coffee in the Styrofoam cup and taking little sips of it from him. There’s certainly a nostalgia in that regard.”

Isely has come a long way from cheap coffee in Styrofoam cups. His small Ephraim shop looks more like a laboratory than a coffee house. Beakers, scales and dripping filters sit meticulously organized on the counter.

“It’s an endless pursuit,” said Isely. “You’re ambient temperatures change, the roasting process changes, as the coffee sits it changes, it loses a little bit of moisture. It’s kind of frustrating but it’s also fascinating because the target is constantly moving. And it’s subjective, so what I find tastes really nice you might not enjoy, so it’s endlessly fascinating that way.” 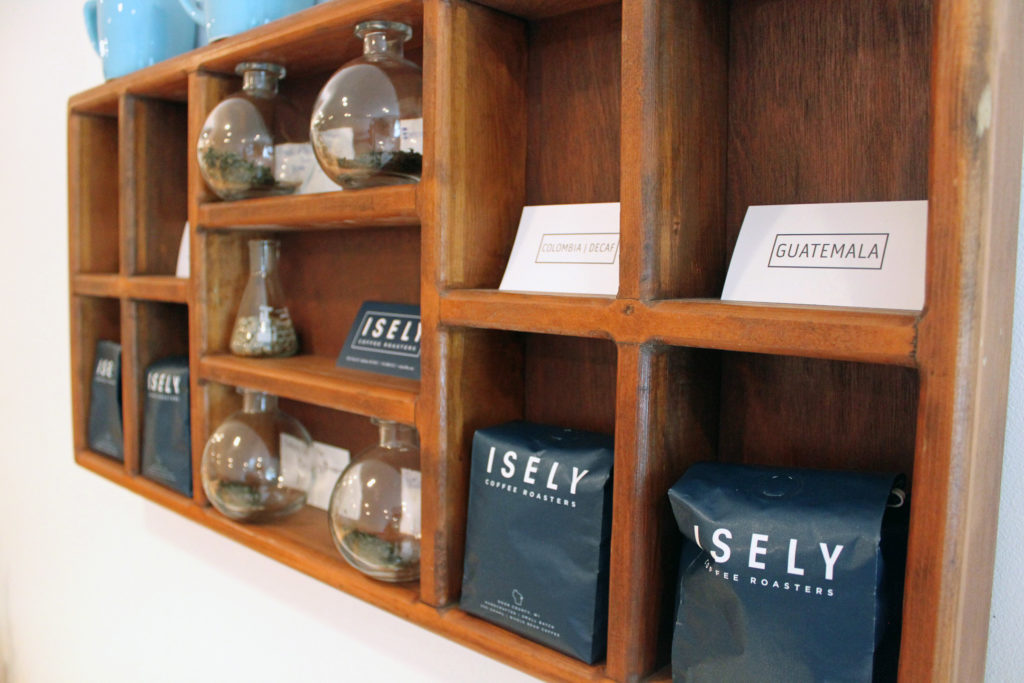 Isely roasts all of his coffee in his shop while also producing coffee for Wickman House, owned by Mike Holmes, Isely’s former roommate while living in New York City. It was his years living in Milwaukee and working as a corporate pilot in Chicago and New York City that served as venues for watching the independent coffee movement grow.

“I lived in Milwaukee for nine years and, when I first moved down there, I lived above Fuel Café. It was one of the first independent coffee shops in Milwaukee,” said Isely. “I moved to New York in 2005 and there was no café culture up there. There was one independent coffee roaster in Brooklyn and besides that…people got their $1 coffee on the way to the subway.”

When a friend in New York City opened a coffee roaster, Isely got his first taste of the dynamic brewing process.

“It’s fascinating. To take a cup of coffee and change the water temperature five degrees or change the grind size a little bit, it creates a completely different cup of coffee. As I was playing around with different brew methods, I had a cup that was sort of transcendent. It just blew my mind. And that was kind of when I went down the rabbit hole, trying to go after that again. Always sort of chasing that experience again.”

While in Madison on a business trip, Isely was looking for a good cup of coffee. He found himself in a warehouse selling wholesale green coffee for people who wanted to roast at home.

“I went in and started talking and an hour later I had six pounds of green coffee. I went back to New York and started roasting it on a cast iron skillet on the grill,” said Isely.

He put all of the beans on the grill and began roasting. He pulled them off the skillet in intervals of 15 seconds, giving six different degrees of roast to his six pounds of coffee. With small differences in roasting times, Isely found big differences in the taste of each cup.

“What I find intriguing about coffee is starting to weigh everything, starting to measure your water temperature and your grind sizes and time and all of that, to approach it with the scientific mindset to be able to track, so when you do have really great results, you know exactly what you did so you can repeat it,” said Isely.

This approach to roasting and brewing is Isely’s strength, while he admits his inexperience in customer service.

“My vision was to be in my own little space roasting coffee. I’ve never been in the service industry. I’ve never been a barista so this is all very different,” said Isely. “If I’m just roasting here, people are obviously going to come in and want to buy coffee so I’m going to have to provide coffee on some level. That shifted the plan from just doing wholesale and roasting to actually having a little retail front.”

That retail front consists of drip coffee, espresso and cold brew infused with nitrogen gas, like a caffeinated Guinness to start a hot day. 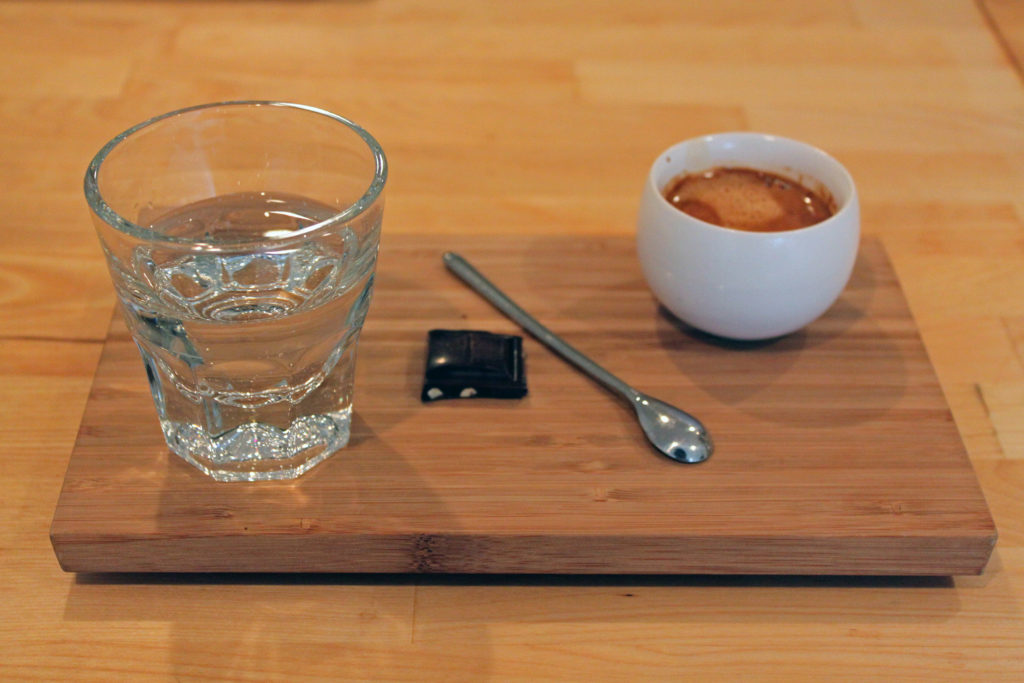 “I’m focusing on seasonal coffees, smaller batch coffees, higher quality coffees, and keeping it super fresh. I won’t sell anything that’s more than two weeks off roast,” said Isely, explaining his philosophy of coffee. “People don’t really realize that coffee is a food product and like any food product it’s going to go bad, it’s going to stale. We’re so used to buying coffee at the grocery store or coffee in a can or coffee in a five-pound bag that you throw in your pantry for three months and not being mindful as to what you’re actually tasting.”

Isely is always chasing that perfect cup of coffee in his aromatic laboratory on Church Street.

Ephraim Coffee Lab at 3055 Church Street in Ephraim is open daily 8 am to 2 pm. Visit iselycoffee.com for more information.