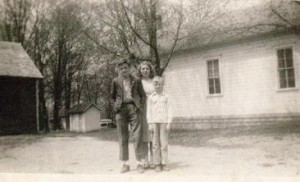 Today it sits along Highway 42 on the south end of Egg Harbor, just another of the innocent shops in the village. Just over two decades ago, however, what is now The Patricia Shoppe was the Egg Harbor Village Hall.

“We’re only the third owners,” says Erin Bosman, who bought the building with her husband in November 2004. “The deed was from 1884.” The couple immediately started renovating the building, which had served as another shop for eight years previously after it ceased to be used as the village hall in 1989. Their renovations included replacing a 50-foot beam that ran through the center of the building, raising the ceiling of the old stage (now an office), and putting in all new lighting and flooring. 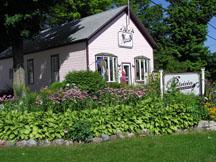 The town hall today as the Patricia Shoppe.

“We pretty much gutted the entire place,” says Anschutz. What results is a beautiful shop, one that doesn’t forget its colorful past.