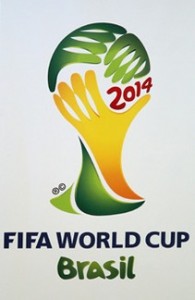 The World Cup is something that, even if you are allergic to sport, tucked under a rock at the bottom of an ocean, is probably impossible to avoid. In a country that breeds nationalism, any jersey with the three letters “USA” stitched across a competitive chest will excite even the shiest of Americans.

And now that the United States has fielded a team of modest success, the popularity of this month-long event is nearly inescapable. It’s a beautiful sight for the soccer purists who have longed for this popularity craze for decades.

As much as soccer deserves to hog the spotlight for this moment, meanwhile, there is another sport that could use a popularity rage. It’s golf.

While sports like football and basketball have blossomed to become national favorites since the turn of the century, golf has taken a step back toward the realm of “hobby” and it’s troubling to watch.

Numbers have shown a consistent, decade-long decline in the number of open golf courses in America, and likewise, the total number of golfers playing the game each year.

A combination of price, time constraints, lack of excitement and necessary commitment have turned people away from the game in favor of some other pastime, which is not too hard to understand, though I’d much rather see the opposite.

As exciting as it has been to band together with strangers at any local pub and cheer for a few goals as soccer takes the country by storm, it’s tough to watch the game of golf retreat from the national spotlight. 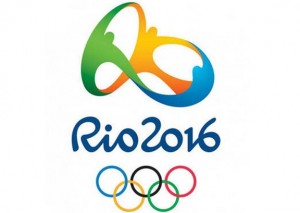 There may be a glint of hope on the horizon, however. Any love lost for golf in the past 10 years might be rekindled not too distant from where the World Cup is taking place.

In just about 24 months, the greatest athletes from all over the world will descend upon Brazil again for the 2016 Olympics where, for the first time in more than a century, golf will be featured as an event.

The best men and women golfers will fight for 72 holes for the right to become an Olympic medalist, which has a pretty nice ring to it, I’m sure, for many of the contestants. It should have a similar feeling to that of a major tournament, only now each stroke will have a home country tied to it. Any spectacular wedge shot or 30-foot putt could add to the national medal count everyone seems to be so proud of every four years.

Instead of players decked out in their favorite color combinations, only red, white and blue will matter for those four rounds while any big-money brand sponsorships seen on the PGA Tour will be subbed out for those three letters again, USA.

Surely it won’t be as exciting as the worldwide soccer month we are currently swathed in, but it will be something found for the first time since 1904. That’s pretty special. Now hopefully America will provide someone great enough for us to get behind.