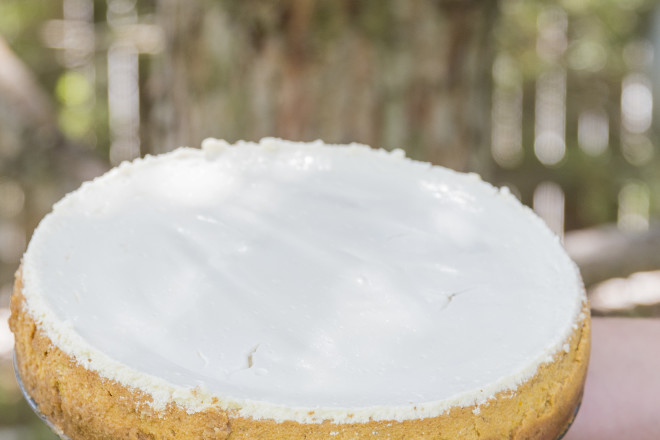 At Halloween, carved pumpkins line sidewalks and porches, but pumpkins are for more than just carving. Pumpkin’s best-known baking use is pie, but fresh pureed pumpkin is versatile and can be cooked in a variety of other ways such as cheesecake, pancakes, and even baby food.

How to get started:

Pureed pumpkin is a great base for baby food. You can use it by itself as one of baby’s first foods or mix it with other foods as baby discovers new tastes. One of my son’s favorite homemade baby foods was chicken, pumpkin and rice.

Combine all ingredients in a blender or food processor and puree. Baby food can be frozen and thawed at a later date.

Put 1/2 cup uncooked rice in a food processor and blend into a powder. Combine brown rice powder and 2 cups water in a saucepan, bring to boil, simmer 10 minutes, whisking constantly. You can also use this rice recipe to make baby rice cereal by mixing prepared rice with formula, breast milk, or fruits/vegetables. 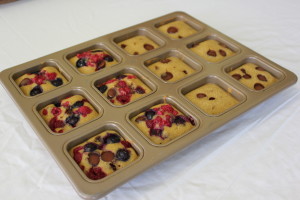 chocolate or fruit as desired

In a large bowl combine dry ingredients. In a medium bowl lightly beat eggs with oil. Add milk, pumpkin and vanilla to egg mixture. Stir liquid ingredients into dry mixture with a whisk until slightly lumpy.

Makes about 10 pancakes on the griddle or 24 muffin pancakes. 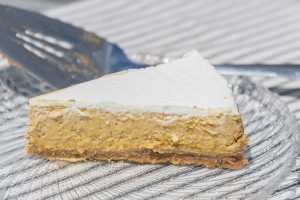 For Crust: In a medium-sized bowl combine graham cracker crumbs, sugar and melted butter. Press the mixture onto the bottom of the prepared spring form pan. Cover and refrigerate while you make the cheesecake filling.

For Cheesecake: In a separate bowl, stir to combine the sugar, cinnamon, ginger, cloves, nutmeg and salt.

In the bowl of your electric mixer (or in a large bowl with a hand mixer) beat cream cheese on low speed until smooth, about two minutes. Gradually add sugar mixture and beat until creamy and smooth, 1 to 2 minutes. Add eggs, one at a time, beating well after each addition (about 30 seconds). Scrape down sides of bowl and beat in vanilla and pumpkin puree.

Place spring form pan on a baking sheet to catch any drips and pour the filling over the chilled graham cracker crust. Place a cake pan, filled halfway with hot water, on the bottom shelf of your oven to moisten the air. Bake cheesecake for 30 minutes and then reduce the oven temperature to 325 degrees Fahrenheit and continue to bake the cheesecake for another 10 to 20 minutes, or until the edges of the cheesecake are puffed but the center is still wet and jiggles when you gently shake the pan.

For Topping: Whisk together sour cream, vanilla and sugar. Pour sour cream mixture over the top of the baked cheesecake and evenly distribute. Return cheesecake to oven and bake about 8 minutes to set topping. Remove from oven and place on a wire rack to cool. Loosen cheesecake from pan by running a knife around the inside edge. Place a piece of aluminum foil over the top of the pan so the cheesecake will cool slowly. When completely cooled, cover and refrigerate at least eight hours, preferably overnight, before serving.