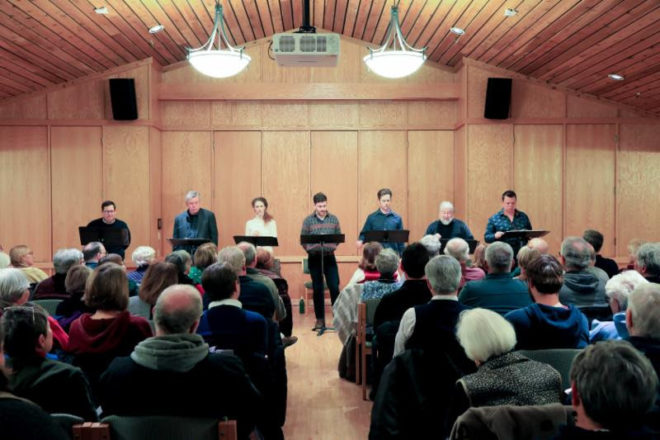 Peninsula Players Theatre’s reading of The Gentleman Thief – a new romantic comedy-caper by award-winning playwright Mark Brown – not only entertained the April 1 crowd at Björklunden, but it also broke attendance records.

“We were very enthusiastic about presenting this new comedy with screwball characters on April Fools’ Day to Door County audiences,” said Managing Director Brian Kelsey. “Waves of laughter rippled through the audience the entire evening as they followed the adventures of this gentleman thief and his budding romance.”

Individual, season and group tickets are now on sale for the Peninsula Players’ 2019 season. Learn more at peninsulaplayers.com or by calling 920.868.3287.