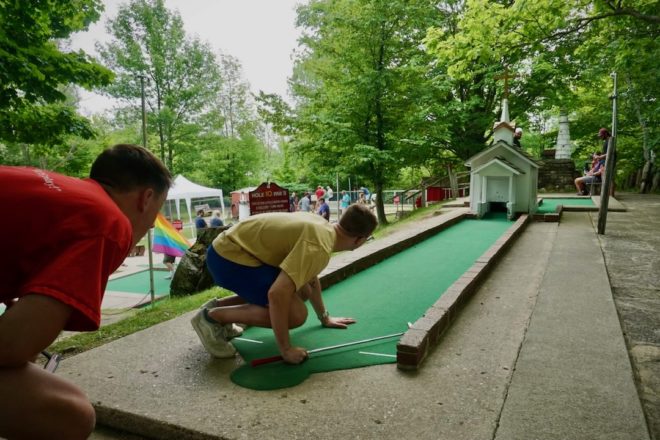 Tension was high as players took on the Chapel at the Red Putter Pro Tournament Saturday. Photo by Rachel Lukas.

It was a tight race for the Red Jacket Saturday at the Red Putter in Ephraim.

To enter the tournament and join the Pro Board, players had to qualify by scoring under par on the course.  Players can now qualify for next year’s tournament, which will be held Saturday, Aug. 6, 2022.