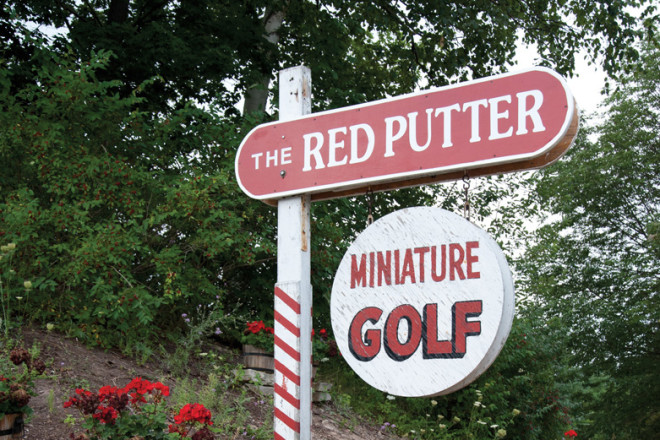 The Red Putter is a favorite of locals and a tradition for visitors. Photo by Dan Eggert.

Nestled into the north end of Ephraim, sits a delightfully quirky and auspiciously quiet Door County landmark:  The Red Putter Mini Golf. This charming course filled with swinging logs, mini lighthouses and a badger with clasping paws, looks like a blast from a more innocent past, but don’t let the colorful gnomes and swinging mini barn doors fool you. This course has challenging water hazards (daunting wishing wells! deadly water wheels!) and exceedingly well- 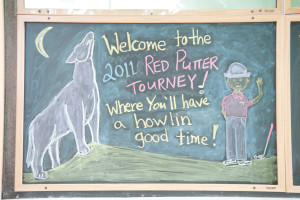 kept (err, well-swept) greens, creating a mini golf experience that is as visually stimulating as it is challenging.

Mini golf course critics (yes, they’re out there) speak of good courses needing to strike a balance of both skill and luck; they should be challenging enough to keep your attention and to keep seasoned golfers coming back year after year, but not too difficult for beginners. The Red Putter has managed to strike this balance perfectly; golfers talk about the course being super fun, full of character and continually challenging.

And if you are looking for a successful business model, this is it:  men like golf, women like golf; it’s perfect for the old and the young. Even beyond that, it’s an accommodating sport, popular with couples on first dates, single players working to beat a personal best, and families of all ages and sizes. It’s a great equalizer, and it’s common to see a group of too-cool looking teenage boys playing next to a group of grandmothers with toddlers. It’s a great trick for any business to pull off, let alone a simple AstroTurf course with wooden wishing wells filled by garden hoses. And at a populist $4 a game ($2 for kids under 6), it’s a winner. 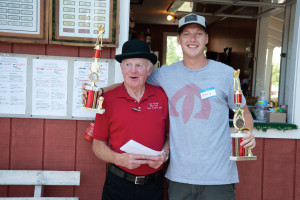 The Red Putter is owned by Bob Yttri, a gentle and cheerful proprietor who can be found there nearly every day of the season (you can’t miss him, he’s the guy in the feathered black bowler hat). Nearly everyone who mentions the Red Putter mentions Bob, and his easy-going and fun-loving manner is no small part of the business’s success. When Bob says, “I don’t have any customers; they are all my friends,” it’s actually believable. Along with his daughter, Tracy Yttri Opper, and a handful of staff, the course runs smoothly.

What makes the game so popular? In an age of iPods, iPads and our seemingly endless quest for stimulus, old-fashioned mini golf seems like it might be too simple to engage us. But in fact, says Bob, it’s the opposite.

“It’s popular because it is simple. It takes you to another place where you can forget everything else and just play,” he says. “It’s absolutely relaxing.” 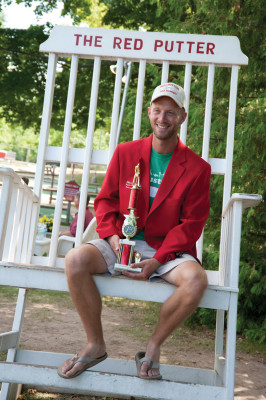 You can play anytime from early May through late October – rain or shine. In fact, playing in the rain is not only encouraged, it’s rewarded. When the clouds open, Bob or Tracy will hand you a red and white striped golf umbrella, a colored putter and colored ball, and off you go. When you finish, you’ll be soaked but gratified and the proud recipient of an “I Closed the Red Putter In the Rain” bumper sticker (not for sale – you can’t buy it; you must earn it).

One day of the year, the course sets aside its fun-for-all atmosphere and opens for the Annual Red Putter Pro Tournament, held on the first Sunday in August. There are no wild drives or sloppy strokes here. Players must qualify by having a recorded score of one under par (par is 42), and by paying an entry fee of $25. The course opens at 7:00 am for practice, at 8:30 am the rules are read, and the tournament itself runs from 9:00 am until about 1:30 pm, when all players have completed three games. The tournament is sanctioned by the United States Professional Miniature Golf Association (USPMGA) and last year drew over 100 players.

Onlookers hold their collective breath and the concession workers whisper orders as professional mini golf players from Texas, California, London and beyond show off their putting expertise. 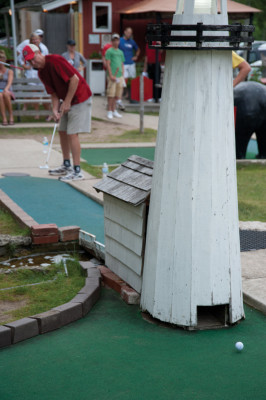 I wonder aloud how a little golf course that doesn’t advertise and relies solely on word-of-mouth has managed to create and sustain such an enthusiastic and loyal following. How many golfers come each year?

“Oh, I would never count something like that. A lot, that’s all I can say. I don’t know why they come,” says Bob, modestly. “I just do things, and they get big.”

Not a golfer? Red Putter offers a giant chess game, “Bobby’s Playground” (named after Bob’s two-year-old grandson), benches and grassy fields, and – for those in the group intimidated by windmills, erratic barn doors and pristine mini churches – it is within easy walking distance to shops and restaurants. 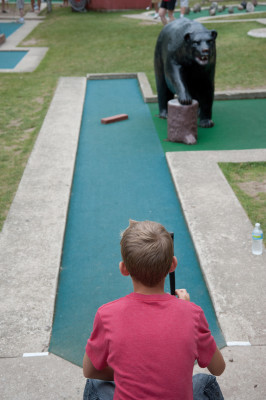 “Do you play?” I ask Bob, “Never have the time,” he smiles, as he hustles off in his black hat to serve another customer.

Whatchadoin’ New Year’s Day? Don your long johns and heat up your putter for the Third Annual Frostbite Tournament. Not quite as serious as the Red Putter Pro Golf Tournament, this frigid affair is open to all ages and genders. Try your skill against frozen badger paws, an iced- over wishing well, snow-capped gnomes and icy water wheels. Bob shovels the course and, come snow or low windchill, golf will be played! The tournament starts at 2:00 pm, come early to practice (but not too early, Bob warns, unless you want to help shovel). First place is a trophy and $700 with a red cashmere scarf for men and a white cashmere scarf for women; second place is a trophy and $300; third place is $100, and single best game is awarded $100. Chili and hot chocolate are served to hearty players and onlookers.