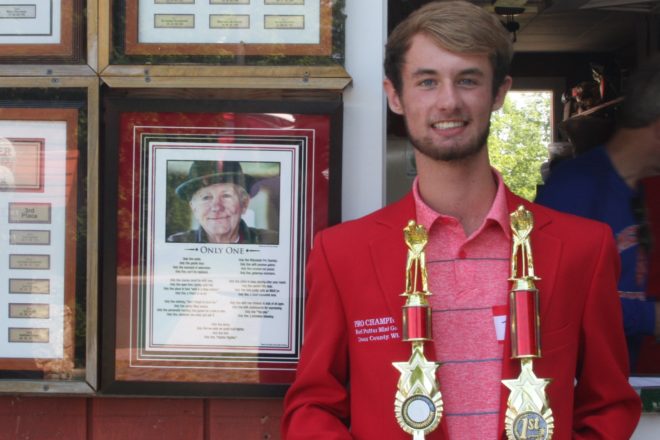 The 17th annual Red Putter Pro Tournament returns Saturday, August 4. Players from around the region and the country will battle it out for the coveted Red Jacket and the $2,000 first prize. Many champions from the past few years are returning to defend or reclaim the title, but many other players have been practicing hard and feel they have a chance.

The tournament draws 80 to 100 players each year.

The tournament fee is $30 and all entrants must pre-qualify with a score under par on the course. Registered players receive free practice the week of the tournament.

Sign in begins at 8 am Saturday morning, with tournament play beginning at 9 am. Three rounds of golf are played, followed by a lunch served by the Mink River Basin.