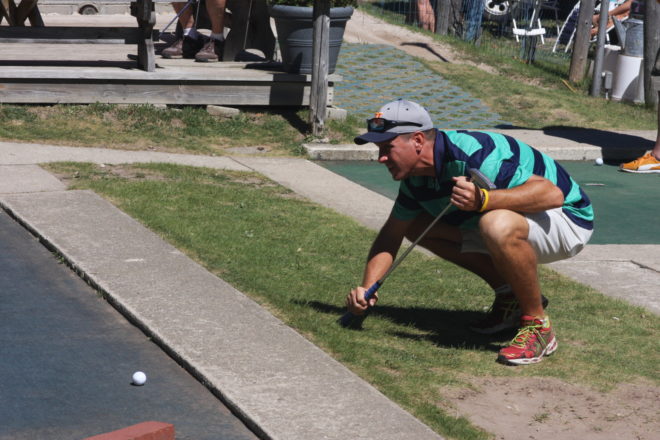 It’s tournament time again at The Red Putter Miniature Golf Course. The 16th annual tournament and will be the first without course owner and tournament director Bob Yttri. He started the tournament in 2002 when several regular players were bragging about their low scores and he said they had to prove it. He added the stipulation that players first had to qualify to enter and the Pro Tournament was born.

The top prize for the Red Putter Pro Tournament is $2,000. Pros will come from near and far to compete for the prize money, trophy and the coveted Red Jacket. This is the only professional miniature golf tournament in the area and draws between 80 and 100 players from around the country.

Golfers may enter The Red Putter Pro Tournament for $30, and must pre-qualify with a score under par on the course. Registered players practice for free the week of the tournament.

Sign-in begins at 8 am on Aug. 5, with tournament play beginning at 9 am. Three rounds of golf are played, followed by lunch served by the Mink River Basin.