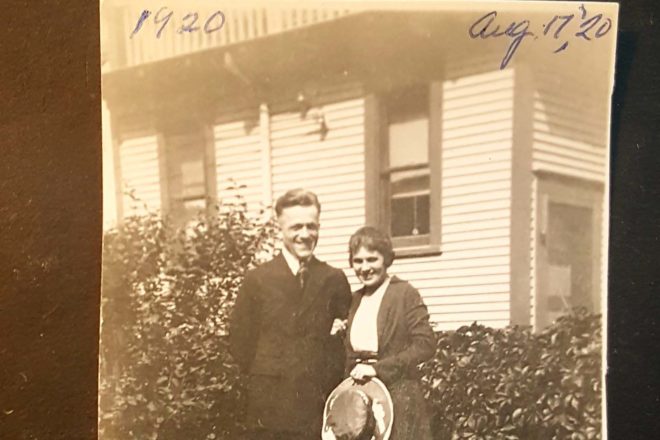 Being in a particularly vulnerable age group during this pandemic, my wife and I have been under self-imposed house arrest since mid-March, venturing out only for the occasional grocery store run, take-out meal or post office visit. Early on, we took seriously the warnings of medical experts and have watched with growing alarm as the number of positive tests, hospitalizations and deaths from the coronavirus have continued to increase. We have been heartbroken for all the people who have suffered physically, emotionally and financially during this pandemic.

But I must confess that I have also felt another emotion beginning to stir these past few months: self-pity. I am bored, inconvenienced and lonely. Woe is me! Not being able to socialize or spend time with family has left a void that no number of video chats, Netflix programs or homemade meals can fill. “Wallowing in self-pity” would be an apt description of my state of mind.

In an attempt to do something constructive to fill my days and get out of my funk, I began a project that I have avoided for decades: I began purging the numerous boxes and bins of stuff (pictures, memorabilia and just plain junk) that have taken up space in my garage and basement for years. Being from a long line of sentimental people (pack rats?), these boxes contained not only my “treasures,” but also those of my deceased parents and grandparents – all stuff that no one in the family wanted, but I couldn’t bring myself to simply throw away.

What I quickly learned, however, was that this attempt at doing something constructive only deepened my self-pity. Faded pictures of happy times spent with loved ones, yellowed newspaper clippings of past triumphs, and stacks upon stacks of birthday, anniversary and holiday cards (seemingly every card any of us had ever received) only served to magnify my sense of separation and the “sacrifice” I was now enduring.

Just when I was about to throw in the towel, retape the boxes and leave them for my kids to deal with after I’m gone, I came across some items belonging to my grandparents, Fred and Emma Thurman, that put my “suffering” in perspective.

The first item was a letter my Grandpa Fred wrote in 1918. He was in his early 20s at the time and was fighting in France during World War I with the 32nd Infantry Division, Company D, 121st Machine Gun Battalion. The 32nd was composed of soldiers from Wisconsin and Michigan and became known as the “Red Arrow Division” for its tenacity and effectiveness in breaking through enemy lines.

The letter was written to Jack Hugan, one of his hometown buddies in Fond du Lac, who saved it and gave it back after Fred returned from the war.

Fred wrote the letter on Dec. 27, 1918, after formal hostilities had ended and his battalion had finally arrived in Germany to begin the Allied occupation. It begins with Fred conveying his pride in finishing a “hard job”:

“At last we are in Germany, and a job well done. I wonder what the Kaiser thinks of the American farmer now? When we were on the Marne that is what the Hun said we were, a bunch of farmers and that we didn’t know how to fight. Guess it didn’t take us long to change his mind. It sure was a hard job to do but you know there isn’t a job too hard for the Americans …”

The letter continues with Fred conveying the joy he and his comrades felt a few weeks earlier, on Nov. 11, when they learned the war had ended. He and his company were “up and at it again” on the front lines when they got the news that the armistice had been signed:

“I think that is a day we all will remember, the day, the month and the hour. Right after 11 o’clock the band was up to the front and believe me we sure were glad to hear them.”

Fred’s letter also references his long march, which began Nov. 17 from east of the Meuse River in France (where the final battles of the war occurred), through Luxembourg and to the Rhine River in Germany – a total of 215 miles, all on foot. Once he had arrived in Germany, Fred writes he finally had “a real honest to God bed to sleep in.” (After spending months sleeping in filthy trenches, this was a special treat.)

Fred’s letter ends rather poignantly as he asks whether his buddies ever received any of the letters he sent because he had never received a reply:

“… maybe you didn’t get my mail, but I should think you ought to have some at least. Say Jack, if you ever get any time I would like to hear from you because mail day is welcomed more than pay day here, because we don’t have very many pay days here. But at that there isn’t a thing like a letter from someone at home.”

Shortly after finding Grandpa Fred’s letter, I found a picture of Fred’s future wife, my Grandma Emma, from that same era in which she’s dressed in her nurses’ aide uniform. The picture was a reminder that while Fred was fighting in France, Emma was in Fond du Lac volunteering to help her community during the 1918 “Spanish flu” pandemic. This deadly virus, coupled with a lack of effective drugs to treat it, killed 675,000 Americans and approximately 50 million people worldwide.

I was touched and humbled to find these long-forgotten items from my grandparents’ past. In addition to being wonderful reminders of the kind and unselfish ways in which Fred and Emma lived their lives, these items also helped to shame me out of my self-pity.

Like many people of past generations, Fred and Emma willingly endured not just inconvenience and loneliness, but also true deprivation and danger. And importantly, they did so not out of any desire for personal gain, but rather to serve a greater good. Our Allies in Europe were suffering horrible losses, so of course Fred thought it was the right thing to do to join the Army and fight. Friends and neighbors were getting sick and dying from a highly contagious disease, so of course Emma volunteered to help. It was this spirit of unselfish service to others, shared by so many in the past, that made our country truly great.

So, having been reminded of my grandparents’ response to past challenges, I was forced to ask myself an uncomfortable question: What is expected of me during this time of crisis? Well, compared to what past generations have had to endure, the answer was quite clear: not much at all.

Given that I’m not a health care professional, grocery store employee, restaurant worker, delivery driver, teacher or any of the other heroes who are putting themselves at risk to provide essential services, all I am expected to do is wear a mask, wash my hands and keep a safe distance from others. And importantly, I, along with my fellow citizens, are being asked to do these simple things not just for our own benefit, but for the safety of others. Quite simply, we are being asked to focus less on self-interest and more on the greater good.

Fred and Emma have been gone for many years, but soon it will be the 100th anniversary of their wedding. That detail is something I never would have known had I not found a picture of them on their wedding day, dated Aug. 17, 1920. This picture was the most recent treasure I’ve unearthed from all the boxes of “junk.”

Yes, I have decided to continue the purge, but now with less self-pity and more gratitude. And on Aug. 17, I will mark Fred and Emma’s special day with renewed appreciation for the example they set and the lessons they continue to teach.