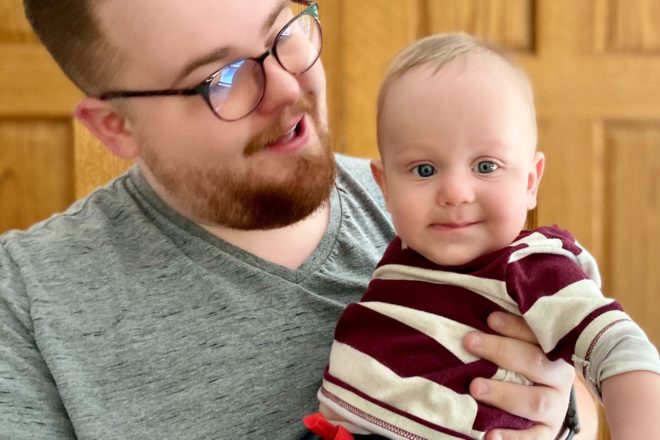 There is so much I want to teach my son. I cried the first time he fell asleep on my chest in the hospital. I’ve cried a few times since then just because I love him so much and I can’t believe he’s real sometimes. I want to teach him that it’s okay to cry.

I want to teach him that his emotions are real and valid. I want him to know that he’s going to feel a thousand different things, and every one of them is worth taking the time to feel. Sure, he’ll get angry, or competitive, or prideful, but those aren’t the only valid emotions he can have as a boy. I want him to love his friends and tell them how much they mean to him. I want him to get excited about his hobbies, and to share that excitement with the world. I never want him to feel embarrassed in his own skin, or to ever feel like he has to hide his feelings, especially not from me.

I want to be an open book for him to learn from. He will never have to guess how I feel about him because I will show him, and above all else, I want him to know that I love him, not because he assumes I do, but because I’ve told him so every day.

I hope I can teach him how to be an ally who is open minded and progressive. He’s going to inherit a world still struggling to recover from the mistakes of our fathers, during a time when he’ll be even more connected than I was, so he’s going to know that truth much faster than I ever did.

He’s going to know a lot of things faster than I did. I hope he opens my eyes to things I’d never considered, and I hope to listen to him as he learns and grows. He’s going to tackle problems during his youth that I never had to, and he may experience things as a child that I didn’t see until I was much older. How different will his schools look compared to mine in a post-Sandy Hook world? What will his first birthday look like during a pandemic? What battles are we waging right now that he’ll still be working through in his 20s?

These are big questions, and right now he is so small. But every day he learns something new.