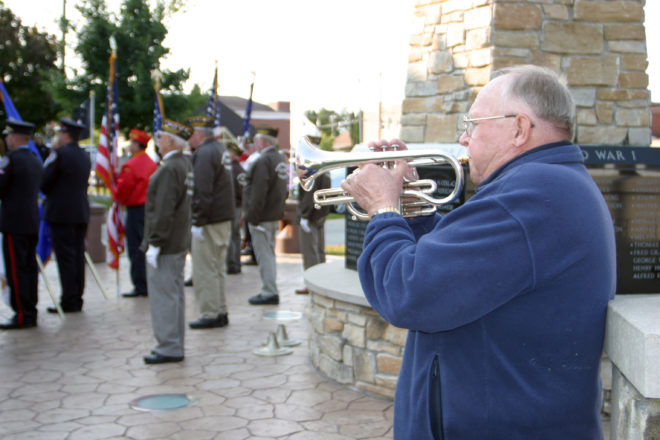 John Nielsen performs “Taps” during the 9/11 tribute held at Sturgeon Bay City Hall on Sept. 11. The annual tribute recognizes the nearly 3,000 victims of the four coordinated terrorist attacks that took place the morning of Sept. 11, 2001. This was Nielsen’s first public performance of “Taps,” but he regularly performs with the Lakeshore Wind Ensemble in Manitowoc and is the former director of the Algoma Community Band. Photo by Jim Lundstrom.