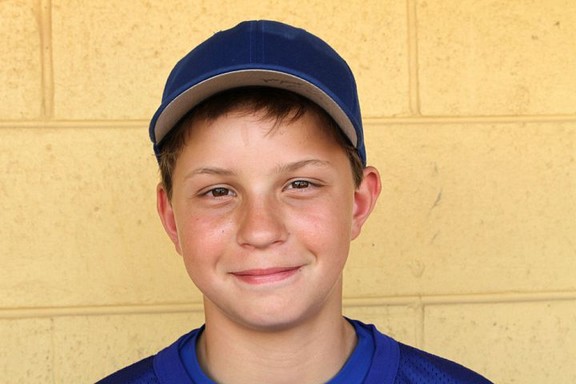 I wrote about him through tears, yet I was feeling nothing close to the full weight of the sadness Bo Johnson’s struggle evoked.

I knew him only as his coach at summer basketball camps and as a friend of his family, then as a reporter tasked with interviewing a child who knew that particular summer would be his last. Ten years ago this August, we sat in his grandmother’s living room on the shore in Sister Bay, where his bed was arranged so he could look out at the lake and the water he loved to play in with his friends.

Bo spoke slowly, a shell of the athlete he was just a year earlier, before he was diagnosed with extramedullary acute myeloid leukemia. Before moving into Children’s Hospital of Wisconsin for most of a year, and before he beat the disease, only to have it come back even stronger. Before he fought back with more strength than a 13-year-old should ever have to summon.

Before he turned his fight into an inspiration for his classmates, his school and his community, with his basketball teammates donning special orange shoes, the ribbon color for leukemia awareness. Others sporting Go Bo! tattoos on their calves and dressing in orange for games. During his fight, orange Go Bo magnets were ubiquitous on vehicles, and orange ribbons rippled from mailboxes and signs across northern Door County.

“I wanted to help people if I made it out,” Bo told me as he lay in his bed a few days after coming home from the hospital with the knowledge his fight was now only a matter of time. “I would just like to go to the hospital, even to [Scandia Village] just to help. Or take a spare $25 that would help a family up at the HOT [Hematology, Oncology, and Transplant] unit. Donate food to the nurses. Just to help anyone I could in that kind of way.”

That day, Bo spoke of things he wanted to do with his friends and of how much he wanted to live so he could do for others what they had done for him. I was in awe of his strength, his kindness and his appreciation for what his 13 years had given him.

Tears come again as I read his words from a decade ago. They’re heavier now. I was 33 when Bo died, and just two months into dating the woman who would become my wife. I was eight years from becoming the father of my own son, and when I brought Connor home in June of 2020, I found myself thinking often of Bo and his mother, Annika. Of the full weight that struggle presented for both of them. Of how little I had understood back then.

In the midst of his tragedy, Bo brought out the best in our community, and in people far beyond the peninsula. In writing an Editor’s Note, I always try to tie it to the topics of that issue, or to a thread that runs through the magazine.

But this time I just wanted to take a page to remember Bo and his friends and the impact a bunch of middle schoolers made on this place 10 years ago. And to remind myself and maybe a few others to be a little kinder, to do something nice for someone. To do what Bo wished, from that chair in his grandmother’s living room, he would get the chance to do.