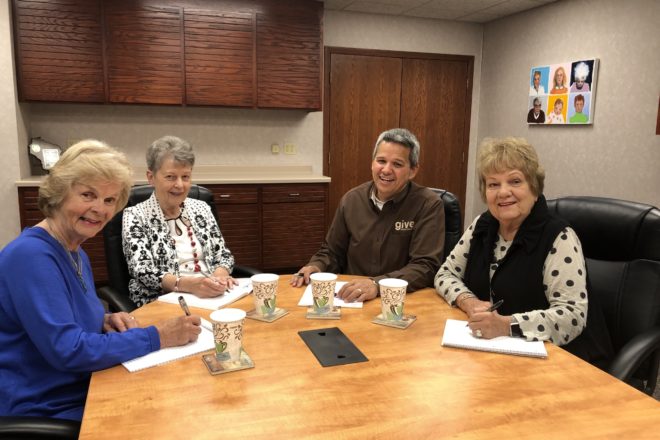 The Women’s Fund of Door County is celebrating its 10th anniversary this year, and I thought it would be interesting to reflect on how it began.

It was February 2008 when Jane Stevenson and I were dreaming up ideas about how the Door County Community Foundation could make our community stronger. Just a few months prior, Stevenson had announced her intention to retire, and I had been hired to fill the very large shoes of this petite woman. Although our assets were extremely limited in those days, the Community Foundation’s board decided it was worth paying both of our salaries for a month so I could enjoy the benefit of her wisdom and experience before she retired.

Stevenson shared that she regretted not being able to create a women’s fund before she retired. As a parent of three daughters (and three sons as well), this was an issue near and dear to my heart. I suggested that instead of letting her talents go dormant during retirement, perhaps we could work together to get one started.

That’s how the Women’s Fund of Door County began: with the only two employees of the Community Foundation sitting in a 393-square-foot office with a beautiful, grand dream and no practical way to bring it into reality.

If you’re going to undertake an impossible task, it’s best to do so in the company of people you know and trust. BJ Cassidy had spent many years at WPS, eventually overseeing its philanthropic activities. Sue Todey had grown up in Door County but left to serve as an administrator for the Green Bay Area Public School District. During my years in Green Bay, I virtually “grew up” working under their leadership on many community projects and had great respect for them. They had both retired to Door County and become active citizens here, so Stevenson appreciated them as well.

“BJ and I had worked together in Green Bay on equity issues and brought those efforts here when we both became full-time Door County residents,” Todey said.

During the spring of 2008, the four of us gathered for the first time at Door County Coffee to begin making plans. Rather than just launch a new fund focused on women and girls at the Community Foundation, we thought it was important to first determine whether there was actually a need for this new fund.

“We gathered a lot of data to show the needs and then began recruiting others to get the message out there,” Todey said. It wasn’t long before Orlaine Gabert, Sherry Mutchler, Barb Perloff and several others joined us as we interviewed local charities and studied the issues facing women and girls in Door County.

“It was astounding to learn that many women suffered from a lack of self-respect and self-worth,” Stevenson said. “They desired and desperately needed to be financially secure.”

“It was very apparent that the communities of Door County needed to identify the skill sets young women and girls needed to be able to achieve their dreams and aspirations for a prosperous life,” Cassidy said. “Many opportunities seemed to be out of reach for girls to be able to make a sustainable future.”

After a winter filled with meetings, interviews with charities, and considerable research, the need became clear. Thus, in 2009, the Women’s Fund of Door County was formally launched as a fund of the Door County Community Foundation. Our success was far from certain, however, and many were still skeptical about whether we needed such a fund.

“The biggest challenge was to create awareness in the community that – in this beautiful and idyllic county – there were women and girls struggling and needing support and hope for a better life,” Stevenson said.

If there’s one thing I’ve learned over the years, it’s that these women are never intimidated by a challenge. Thanks to the perseverance and commitment of these leaders, plus Sally O’Brien, Sharon Lutsey, Vicki Wilson and the many others who followed them, the Women’s Fund of Door County now has an endowment in the seven figures and invests more than $100,000 every year in programs that improve the lives of women and girls in Door County.

“The Women’s Fund is the voice and hope of women in Door County,” Stevenson said. “We believe when we give women and girls the tools they need to succeed, their families and our communities will prosper.”

“Today a dream has come true,” Cassidy said. “We are making a difference.”

You may reach Bret Bicoy at [email protected]