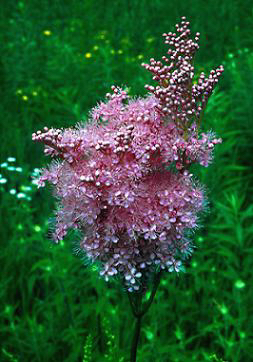 Janice Stiefel and her husband, John, had a serendipitous introduction to Wild Ones back in the summer of 1989. They were taking a  bike ride along Brown Deer Road in Bayside, Wis., heading for the beautiful Milwaukee lakefront.

Riding on that road, Janice noticed the large berm shielding a house from the busy road. She was struck by the profusion of wildflowers blooming on the berm: purple coneflower, cup plant, prairie coneflower, wild senna, wild bergamot, black-eyed Susans and many interesting grasses.

Janice had been studying and writing about all of these plants, which she also grew in the upper meadow of her yard in Plymouth, Wisconsin. Janice and John brought their bikes to an abrupt halt so Jancie could stop to admire the flowers and grasses. There were pathways around the berm that led to unknown locations, and it was so tempting to trespass down one of the paths.

Just as Janice and John were about to trespass, an enthusiastic young boy suddenly appeared and asked whether they would like to meet his mother, who had planted all those flowers. What a delight she was – lovely, charming, effervescent and personable. She told them that she was the treasurer of a wildflower organization called Wild Ones that met at the Milwaukee Audubon Nature Center, just a few blocks away, and she invited them to attend one of the group’s meetings.

That was the first time that Janice or John had ever heard of Wild Ones – and it sounded strangely like a motorcycle club! However, they attended the next meeting and met many friendly, exuberant people who shared their interest in native wildflowers and protecting the environment. Janice was sure she had died and gone to heaven: She was among kindred spirits! She had been studying wildflowers and insects all her life but had been doing so intensely since moving to Plymouth in 1971.

Lorrie Otto gave a presentation at that meeting using beautiful slide photos and a gentle, encouraging speaking style. She was even famous for her part in getting DDT banned as a pesticide. Otto was the Wild Ones’ philosophical compass, and what an inspiration she was! Janice was in awe of Lorrie’s commitment, her ability to speak to an audience with ease, her goals and accomplishments, her captivating demeanor and her attractive jacket of many colors.

At that meeting in the fall of 1989, Janice was asked if she would write a column for the Wild Ones’ newsletter, The Outside Story. That was the genesis of a column called The Inside Story, which first ran in the March/April 1990 issue of The Outside Story and continued for the next 11 years. Lorrie and Janice became the best of friends as Lorrie mentored and encouraged Janice to lecture using Janice’s own slides and data. What an inspiration Lorrie proved to be as Janice blossomed under her tutelage.

Lorrie also included Janice in her wildflower-planting projects at schools. They worked together at two schools and even hired a school bus to take a class of youngsters from Indian Hills School to a dig site to dig up and then replant what they’d unearthed back at the school. Those kids were very protective of “their plants,” and over the years, many classes used those spaces for art, writing, science and more.

Janice referred to Lorrie as “Queen of the Prairie” and was always quick to praise the humble, gentle leader. As Lorrie’s health failed during the last several years of her life, she sold her precious home in Bayside and moved to live with her daughter, Patricia, in Bellingham, Washington. Lorrie died on May 29, 2010, and is buried in Bellingham.

Lorrie Otto has made a lasting societal impact in how we envision the environment and the potential of our own private property. Lorrie always said,“If suburbia were landscaped with meadows, prairies, thickets or forests, or combinations of these, then the water would sparkle, fish would be good to eat again, birds would sing and human spirits would soar.”