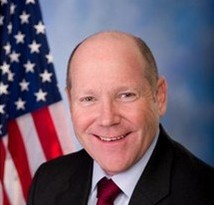 On Jan. 30, U.S. Representative Reid Ribble (WI-08) released a statement announcing he will not seek re-election in November.

“When I first ran for Congress in 2010, I made three promises. First, I wanted to roll back federal discretionary spending to pre-bailout, pre-stimulus levels. Second, I wanted to make Bush tax rates for individuals permanent. Finally, I would limit my time of service to a maximum of four terms or eight years.

On the first two: Mission Accomplished. Federal discretionary spending has been held for the last three years on average at or below pre-bailout and pre-stimulus levels.  Lower personal tax rates have been made permanent for 98 percent of Americans.

Today, I am announcing that I will fulfill my third promise and will not seek reelection in November of 2016.

My reasons are fairly simple and straightforward. I feel very fortunate to have a strong marriage, grown children, and three wonderful grandchildren. I want to dedicate more time to them. Additionally, I’ve always said elected office shouldn’t be a career. I come from the private sector and am anxious to return to it and to a more private life.

During my time representing Wisconsin’s eighth district in Congress, I have been deeply impressed by the thousands of hardworking, civic-minded people that I have met.  It is truly a remarkable community, and one that it has been a privilege to represent. I will leave the House of Representatives confident that the voters of Northeast Wisconsin will choose an excellent new voice in Congress for 2017 and beyond.

It’s been an honor to serve the people of Northeast Wisconsin in Congress. I’m humbled by the faith and responsibility they have put in me, and my team and I will continue to work hard for the citizens of Northeast Wisconsin for the next eleven months. But in 2017, it will be time for someone else to serve.”