Rep. Kitchens released a statement following Gov. Walker’s signing of the 2017-2019 state budget:  “I am proud to have voted for a budget that moves our state in the right direction and I am happy the Governor has signed it into law. There is a lot in this budget that will propel our state and our district forward. This budget contains the largest investment in K-12 education made by the state, providing school districts with $639 million in funding. There will be an increase in per pupil aid by $200 per pupil in the first year and $204 in the second year. I am disappointed that the Governor vetoed the low revenue adjustment for school districts and believe this provision would have provided immediate and eventual relief to several schools in the 1st District. I am eager to continue to work with my legislative colleagues and the Blue Ribbon Commission on School Funding, which I will be chairing, to address the broad issues our school districts face and come up with solutions that will propel our school districts forward.

“There was another veto by the Governor that unfortunately negatively impacted our district. The Door County Medical Center had requested a transfer of 18 nursing home beds for their new nursing facility. Our district comes away with a net loss in nursing home beds in this biennium, which is a fact I find troubling since Door County is the third oldest county in the entire state. I appreciate that the Governor acknowledged that this is something that we must deal with head on. I look forward to continuing to work to find solutions to address the growing needs of our rapidly aging population with caregivers in the district and my colleagues down in Madison.

“Overall, this budget contained multiple substantial wins for our district, including funding for a TMDL study of our rivers, a grant to rebuild our beloved Eagle Tower and $3.2 million for the Sturgeon Bay Harbor Project. I am extremely grateful to the Governor for realizing the impact and value of these projects to our region. I will proudly continue to advocate for our district’s needs as this session moves forward.” 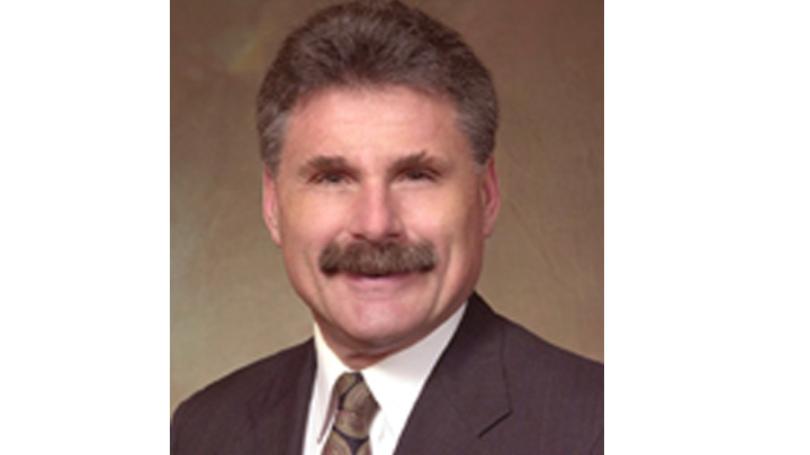 Gov. Walker announced the appointment of former Wisconsin State Assembly Representative Dan Meyer to serve as secretary of the Department of Natural Resources (DNR). “Dan Meyer will be an outstanding DNR secretary,” Walker said. “He understands the balance between protecting our natural resources and supporting economic prosperity in our state. As a highly respected former legislator and mayor who cares deeply about conservation, Dan will serve in the best interests of Wisconsin.” Meyer, an avid outdoorsman, represented the 34th District in the Wisconsin State Assembly from 2001 to 2013 and was an advocate for the environment, specifically related to protecting lakes from invasive species. He served as mayor of Eagle River from 1997-2001 and is a former executive director of the Eagle River Chamber of Commerce and Visitors Center. Meyer, a Vietnam-era veteran, resides in Eagle River with his family. “I am honored to serve as DNR secretary,” said Meyer. “Our state is blessed with an abundance of natural resources, and we will work to responsibly protect them and ensure they remain a source of recreation, tourism, economic growth and rich natural history now and for our children.” Meyer’s appointment was effective with the Sept. 25 announcement. He replaces Cathy Stepp, who was recently hired by the U.S. Environmental Protection Agency after a controversial six years in office. Stepp oversaw the removal of climate change cause language from the department’s website and publicly supported Walker and the GOP-controlled Legislature when state park budgets were slashed and research scientist jobs were eliminated in the department.

At an “emergency press conference” called by Sen. Baldwin in Madison on Sunday, she urged Wisconsinites to keep voicing their opposition to the Graham-Cassidy bill that would pass block grants to the states, giving them greater control over their health care systems, instead of the current system of cost-sharing, tax credits and Medicaid expansion. Baldwin commended Wisconsin residents for speaking out against the bill, saying the Capitol switchboard has “literally been lit up with people across the country. It’s working, but we cannot stop now,” she said. “I’m calling on Wisconsinites to keep up the momentum.” She outlined her reasons for opposing the bill, calling it a partisan repeal that will “make things worse and will take people’s health care away.”

Baldwin said Graham-Cassidy could mean higher costs for those with pre-existing conditions, and age tax for older Wisconsinites, more uninsured families and the elimination of premium tax credits. It also cuts and caps Medicaid, she said.

Sen. Johnson got into a heated exchange last week on the issue of whether those with pre-existing conditions would be covered under the Republicans’ replacement plan. “Millions of people lost coverage of Obamacare. There are no guarantees other than the fact that premiums have already doubled. They continue to skyrocket. We’ll have to continue to throw money at a failing program. It just simply doesn’t work,” Johnson said on MSNBC.

Johnson is one of the co-sponsors of the Graham-Cassidy plan currently moving through the Senate. The bill aims to reallocate Obamacare funds to evenly distribute them to all states in the form of block grants. Johnson and his fellow sponsors of the bill claim that four states get 37 percent of Obamacare’s funding so those states would see a decrease in funding, as well as those states that opted for the Medicaid expansion. When pressed about the loss of funding equating to a loss of coverage for those under the Medicaid expansion, Johnson said the entitlement program should not be a permanent solution for people, but a “bridge” while they look for a job that provides coverage. “Medicaid expansion should be for a bridge to a job, and I think that’s the problem with any kind of entitlement is I’m not sure it’s being used as a bridge to a job,” he said.

President Trump continued his attack against NFL players who fail to stand for the National Anthem. “Many people booed the players who kneeled yesterday (which was a small percentage of total). These are fans who demand respect for our Flag!” Trump tweeted the morning after an NFL game day that saw players or owners on nearly all of the teams take action or issue statements against the president. “The issue of kneeling has nothing to do with race. It is about respect for our Country, Flag and National Anthem. NFL must respect this!” Trump wrote, adding that he was “so proud of NASCAR and its supporters and fans.” “They won’t put up with disrespecting our Country or our Flag – they said it loud and clear!” But Trump got a prompt rebuke from Dale Earnhardt, Jr., one of the biggest names in NASCAR, who quoted President John F. Kennedy in his own tweet, writing that, “All Americans R granted rights 2 peaceful protests.” “Those who make peaceful revolution impossible will make violent revolution inevitable-JFK,” added Earnhardt.