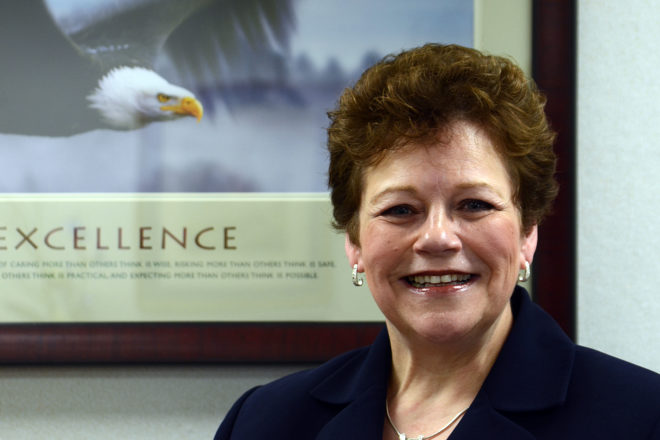 Republicans in the state assembly are pushing for an education funding plan that would mean more money for Door County schools. Senate Republicans have already rebuked the plan, leading to a stalemate weeks before Gov. Scott Walker is expected to sign the biennial budget.

The proposal would increase revenue levy limits, general school aid and sparsity aid. Walker’s original 2017-19 budget proposal included a $648 million increase in education funding. This proposal would reduce that by around $70 million.

Each district would see an increase of $150 per student in the first year and an additional $200 in the second year under the proposal, a reduction of $104 per student over two years from Walker’s original budget proposal.

“It still is far better for [Door County districts] than what they had previously but it’s not quite as good for them as the governor’s plan,” said Representative Joel Kitchens, vice-chair of the committee on education.

The Republican proposal also eliminates the line in Walker’s original budget calling for districts to comply with a provision of Act 10, which requires school staff to contribute 12 percent of their health care costs in order to receive additional funding.

A $20 million increase in sparsity aid, or aid aimed at rural, low-enrollment schools, will increase funding for the Washington, Gibraltar Area and Sevastopol school districts. Southern Door and Sturgeon Bay do not qualify for sparsity aid under the proposal because they have more than 1,000 students enrolled.

“I think that it’s a good starting point for discussion,” said Kitchens, noting some concerns with a provision restricting the timing of school referenda and requiring districts to pay more if they lose students to open enrollment.

“Our plan helps fix the inequities that we’re seeing among schools that our 24-year-old school funding formula isn’t addressing,” said Rep. John Nygren (R-Marinette) in a statement. Nygren is the Assembly chair of the Joint Finance Committee and co-author of the education plan.

One of those funding formula inequities is the revenue levy limit.

The revenue levy limit, imposed in the 1993-94 school year, has been the tightest bottleneck on Door County school districts’ ability to bring in money for schools.

“With the current proposal being put forth, it would allow the revenue limits to be adjusted,” said Patti Vickman, superintendent of the Southern Door School District. “That would be favorable for most of the school districts in Door and Kewaunee.”

The revenue levy limit sets a cap on the amount of revenue a district can raise between state aid and local property taxes. The current revenue limit is $9,100 per student and the proposal increases that to $9,800 in the 2018-19 school year.

Revenue limits pose a significant challenge for Door County districts because the amount of state aid a district receives toward that $9,100 is based on property values.

“What we deal with in having large property value is that we receive less aid from the state,” said Mark Logan, finance manager with the Southern Door School District. “We rely heavier on local tax dollars and there are revenue limit caps that increase very slowly.”

The school funding formula assumes, since there are plenty of million-dollar homes in Door County, residents must also have high incomes. Therefore, the district does not receive much money from the state, forcing local residents to pay most of that $9,100 bill. The formula does not account for the majority of residents in Door County living in the lower to middle-class, where their property tax bill is a larger percentage of their total income.

Logan said revenue limits are not increasing as fast as costs, forcing the district to go to referendum more often. Southern Door’s April 4 referendum to exceed the revenue limit by $936,000 failed.

The Wisconsin Taxpayer’s Alliance reported the number of referenda across the state in 2016 was the highest since 2001.

While the proposed increase in the revenue limit up to $9,800 would mean more money for local districts, it would likely mean an increase in property taxes for local residents.

“The current proposed changes would have little impact on our general state aid, so in the scenario of an increased revenue limit, the majority of the increase would be in the local tax levy,” said Logan.

One way to offset increases in taxes is the school levy tax credit.

Wisconsin implemented the school levy tax credit in 1986 to help offset rising property taxes, but it has not come without controversy.

One concern is the school levy tax credit is considered state aid for schools, even though none of it actually goes to the school. The credit shows up on your property tax bill. In Door County, it is around $100 per $100,000 in assessed property value depending on the school district you live in.

University of Wisconsin-Madison Professor Andrew Reschovsky wrote a review of the school levy tax credit and another credit called the first dollar credit.

“Not a penny of the close to $900 million allocated to the two credits [school levy and first dollar] in each year of the current biennium (2009-11) directly provides additional resources to school districts,” wrote Reschovsky.

Another concern is that the school levy tax credit may incentivize districts to spend more money. The credit is allocated based on the total district levy relative to the collective state levy. Districts who levy more money receive a larger proportion of the school levy credit.

“It is likely that over time school board members approve somewhat higher levels of spending (and gross property tax levies) because taxpayers benefit from the two property tax credits,” wrote Rechovsky. “An increase in the size of the credits, as has occurred in the past few years, may encourage higher spending.”

“One of the governor’s defenses of his plan and how he says it’s better is he says he spends more money on education,” said Kitchens. “That’s not really true because a lot of money goes to that school levy tax credit… Ours actually puts a lot more money in the classroom.”

As vice-chair of the committee on education, Kitchens will help write the final iteration of the bill and he hopes to remove the school levy tax credit from being described as state aid for schools.

The budget is supposed to be signed by July 1 because that’s when it goes into effect. Disagreements between the House and Senate on things such as this education proposal and transportation funding may push back that date.

“The governor is being very stubborn, then the senate is pretty much backing him blindly,” said Kitchens. “I don’t know that it has to be our plan or the governor’s plan. I would hope we could just have a discussion.”

If a budget is not signed by July 1, spending levels continue from the previous biennial budget.