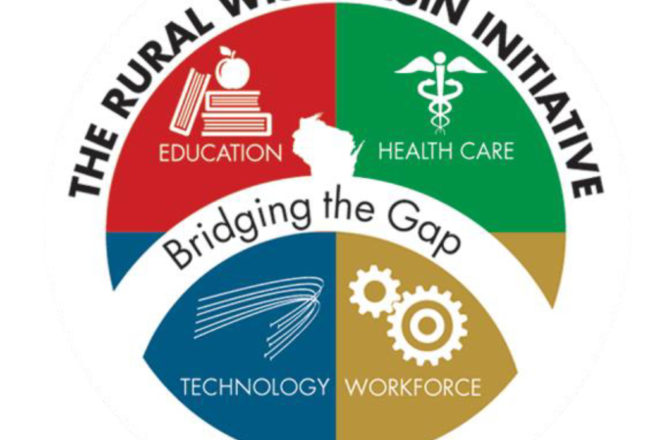 Rep. Joel Kitchens is part of a group of rural Republican legislators who will introduce a package of initiatives they believe are essential for the future of the rural constituencies they represent.

“We’re facing a crisis in the rural areas,” Kitchens said at a meeting he requested with the Peninsula Pulse and Door County Medical Center President and CEO Gerald Worrick.

Kitchens said in the legislative session that begins in January, the 21 legislators will introduce the Rural Wisconsin Initiative, with several key components necessary to the overall health of rural communities (see sidebar below for details).

Kitchens said the idea for this strength-in-numbers approach to rural issues developed naturally through discussion among the rural legislators, who, he said, realize, “If we don’t get going on this, our rural areas are just going to die. It’s all about economic development in our rural areas.”

Education and health care are two key issues the legislators identified as important to their communities, which was music to Worrick’s ears.

“The biggest thing here is the legislature recognized that there is a problem and we need to begin looking at it,” Worrick said.

“When you look at the demographics, projection of ages, it’s a little scary. We’re a very, very old county,” Kitchens said.

To meet the future health care needs of Door County and other rural counties, local health care organizations must be able to offer incentives to attract health care professionals to the area. One of the incentives the Rural Health Initiative proposes is called a rural opportunity zone, which offers college debt reduction for qualified individuals – in this case, health care professionals and teachers. The idea is modeled on successful programs used in rural communities in other states, including Greeley County, Kansas, which at a population of about 1,250 makes it the least populous county in the state.

“For Greeley County, the Rural Opportunity Zone (ROZ) program provides an important student loan payback incentive for educated and trained individuals interested in building their life and careers in our rural community. When they relocate here, they bring their spouses and children with them, growing our population and increasing school enrollment,” said Christy Hopkins, director of Greeley County’s Community Development.

She noted that all the program participants are less than 40 years old, so aside from filling key roles in the community, “they and their peers bring life, vibrancy and activity to Greeley County.”

“We don’t see the ROZ program as ‘the answer’ to our community’s challenges. Rather, it is an important tool in an overall strategy to create a community that people are proud to call home,” Hopkins said.

Worrick noted that including broadband on the rural agenda is a wise move.

“I don’t think rural Wisconsin understands the importance of broadband to economic activity,” he said. “It’s the same as rural electrification in the 1930s.”

The link between broadband access and economic development is mounting. For example, a recent report in Minnesota found that state’s economy could grow by $517 million for every one-percentage increase in broadband adoption.

However, Elise Nelson, communications and legislative director of the Public Service Commission of Wisconsin, said the most recent federal figures (from 2014) show that while 98.9 percent of Wisconsin’s urban residents have access to broadband service at the FCC benchmark download speed of 25 megabytes per second, only 56.4 percent of the state’s rural residents have that access.

“We’ll be bringing these all forward in the first few weeks of the session, and if people can take part in the hearings, that will help,” Kitchens said. “The more the public is behind it, the more likely it is to go forward. We have good momentum and good leadership.”

Check out the state broadband maps for more information: http://www.broadbandmap.wisconsin.gov.