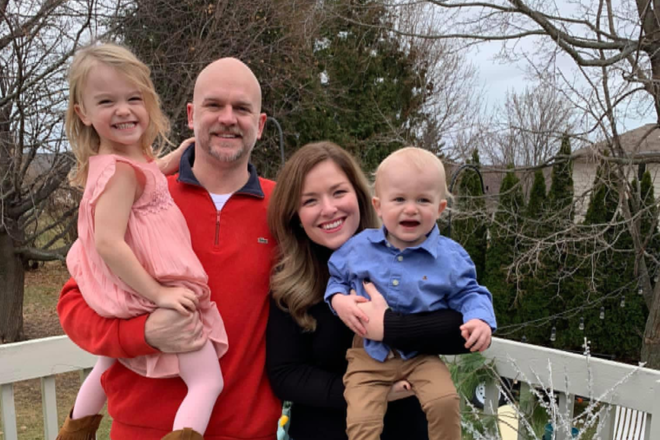 Sometimes, a crisis is what it takes to find a solution.

One month ago, parents in Sturgeon Bay were sent into a panic when the Door County YMCA announced it was closing the Barker Child Development Center, citing in part a lack of broad business support to fix a broken model. A month later, a group has stepped forward to take the reins with contributions from a broad range of business and civic organizations, and another group is taking strides to create a different center to fill the gap that existed even before the Barker Center closed.

The closure left the parents of 80 children scrambling to figure out what they would do this fall.

Now Alexis Fuller, the Barker’s former director, is in the process of forming a nonprofit to take over the space at 1743 Egg Harbor Road in Sturgeon Bay. Fuller said the new name, the Door Community Child Development Center, is a reflection of the effort that made it possible.

“With all the support we’ve had from the community, I wanted to make it about that,” Fuller said. “Brian Stephens at Door County Medical Center [DCMC] has been instrumental in all of this. The city, Nicolet Bank, the county, United Way, Door County Economic Development – so many people have stepped up to help make this happen.”

Stephens said DCMC was bracing for the impact of the Barker’s closure.

“It’s a big deal for us,” he said. “We’ve had nurses and other staff scrambling to figure out what they were going to do.”

The hospital has reached an agreement with the YMCA to lease the Barker building. The hospital would then sublease it to Fuller’s organization, and the YMCA would allow it to use the equipment and materials inside.

Tom Beerntsen, executive director of the Door County YMCA, said it’s as good of a result as he could have hoped for when the YMCA closed the center last month.

“In a way, our decision really forced the community to have a difficult discussion,” Beerntsen said. “The good result of a bad circumstance is that it made it necessary for our community to realize how important child care was.”

Stephens said other operators had looked at the wage economics of Door County and decided it wasn’t worth it, but Fuller’s plan to raise wages for child care workers impressed him.

“Alexis has a really sound business plan and a commitment to pay staff what they deserve – that was a key component,” Stephens said.

Fuller said the plan is to pay staff at least four dollars more per hour than they made previously. According to the U.S. Bureau of Labor Statistics, the median hourly wage of a child care worker in the U.S. is just $10.72.

Separating the center from the YMCA doesn’t solve all of the center’s financial hurdles, but Fuller said there are advantages that will come with being an organization focused solely on child care and not the wide variety of services that the YMCA offers.

As a smaller entity, the center will not have to provide health insurance, which the YMCA had to offer as a business with more than 50 employees. Fuller said she aims to make up for that with higher wages and other less costly benefits for the 23-25 staff members she expects to employ.

Enrollment at the Door Community Child Development Center will open Aug. 10. Tuition rates will be available at that time, and Fuller said they will be competitive with the rates at other centers in the area. Parents may add their name to a waiting list at app.waitlistplus.com/DoorCommunityChildDe/Portal/Signup.

A New Idea in Child Care

As Fuller works to resurrect the Barker’s services, Ryan Zahler is making progress on attacking the problem from another angle.

Zahler formed Door County Children of Hope in 2018 to bring more child care services to the area in hopes of alleviating the backlog at the Barker Center.

Zahler, a quality-assurance manager at Fincantieri Bay Shipbuilding, got involved when his kids were ages four and six. At the time, he was facing a six-month wait to get into the Barker Center, so he and seven other friends with children formed their own micro child care network. It wasn’t a long-term solution for the community, however, so he began working on a bigger fix.

For much of the past two years, he hit roadblocks fundraising because businesses and individuals were unwilling to contribute to another center, even as the waiting list at the Barker grew.

The desperation of COVID-19 and the Barker Center’s closure have loosened the knot. Zahler is working with Sturgeon Bay Health Services  nursing home to use a dormant wing of its Jefferson Street building to provide child care for 30-45 children, from infants through three years old.

Many communities have found success with similar multigenerational facilities that spur interaction between young children and older adults through integrated programming and activities for portions of the day.

Dave Mueller, director of Sturgeon Bay Health Services, said it would also fill a large need for some of his staff. He said at least eight of his 50 employees struggle with day care.

“It would be a good retention and recruitment tool,” he said. “If you need the day care, what better than to be able to do it at work?”

Zahler and Fuller said the parallel efforts to provide child care are not in competition with each other.

“This is what was needed even before the Barker Center closed,” Zahler said.

“If we can continue to make Door County and Sturgeon Bay an attractive place for families, anyone who can help fill that void is doing great work,” she said.

Zahler said he’s working on licensing and building plans in hopes of having a center running by October. Mueller said he doesn’t see COVID-19 concerns going away by then, so the two populations would not interact at the start. He also said they would be housed in completely separate physical spaces.

“We would have separate entrances for day care and no interaction between staff and residents until the pandemic is over,” he said.