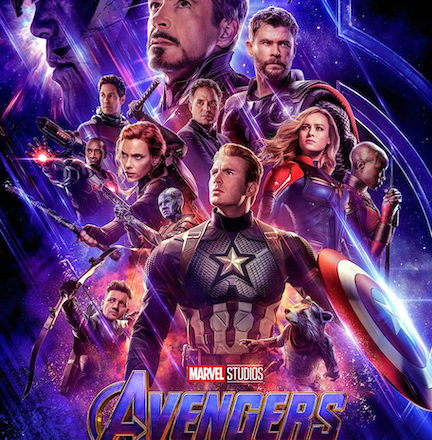 I was nine years old when I saw Sam Rami’s Spider-Man on the big screen. My father had instilled in me a lifetime love of superheroes through many bedtime comic-book-reading sessions, and like most boys my age, I grew up watching Batman and Superman cartoons every Saturday morning. But when I walked out of that theater for the first time, having just seen a real-life, spandex-clad do-gooder swinging around New York City saving lives and beating the bad guys, my life became Marvel.

Fast-forward six years, a good sequel and a not-so-good finale to the movie trilogy, and I wasn’t sure that Iron Man – alcoholic billionaire playboy philanthropist Tony Stark – was going to be able to step up to fill the shoes Spider-Man had left behind. Iron Man was never one of Marvel’s heaviest hitters, but after selling the film rights to its biggest franchises – Spider-Man to Sony and the X-Men to Fox – Marvel Studios put its faith in Jon Favreau and Robert Downey Jr. to kick-start this cinematic universe.

And kick-start it they did.

Eleven years and 22 films later, the Marvel Cinematic Universe (MCU) has become the most ambitious series of films in cinema history and the highest-grossing film franchise of all time – not to mention my favorite movies ever, for what it’s worth – and it all comes to a climactic conclusion in Avengers: Endgame.

Don’t worry – what follows is spoiler-free.

Endgame took on the nigh impossible task of providing a satisfying bookend to the 21 films that made up the Infinity Saga. Many of the characters we grew to love during the past 10 years were finally ready to wrap up their story arcs, and the fates of many of the newer additions to the universe were left up in the air after 2018’s Avengers: Infinity War. Even with a three-hour run time, this movie was going to have a hard time cramming it all in and still satisfying audiences.

But it did satisfy. It’s hard to write a review for Endgame because it’s unlike other films, in that to really appreciate what it accomplishes, you have 20-plus homework assignments to complete before you can even get on the ride. Even the film’s direct prequel, Infinity War, whose ending runs directly into the beginning of Endgame, isn’t enough to deliver what you need to know to fully enjoy what may have become my favorite film of all time.

But if you’ve been a fan since the beginning, you knew the stakes going into the final chapter of one of the greatest stories ever told on film. And if you’re like me, you left the theater devastated, and satisfied, and exhausted, and full.

This is not the final movie in the Marvel Cinematic Universe, and now that Endgame is on track to become the highest-grossing movie of all time, how could it be? But it is the end of an era. It’s a farewell to some of our childhood heroes and a somber finale that may be hard to ever top.

And that’s a very conservative list, but it should get you there.