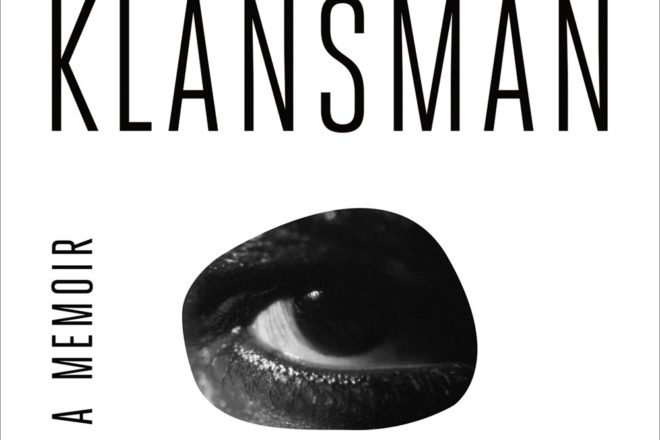 You want no part of that.

In fact, the farther away you are from whatever-it-is, the happier you’ll be. Nope, some things are not your friend. Some things are not good for you at all. And as you’ll see in the new book Black Klansman: A Memoir by Ron Stallworth, some people can’t resist some things like that.

Stallworth saw the ad during an idle scan of the local Colorado Springs newspapers:  “Ku Klux Klan, For Information Contact ….”

As the department’s first black detective, Ron Stallworth thought it might be interesting to see what would come from answering that ad. Figuring on a few pamphlets, maybe a brochure or leaflet, he wrote a note to the PO Box, using his real name and asking for promised information. To this day, he’s still not sure why he used his name, and not one of his undercover aliases.

On November 1, 1978, he received a call on the department’s undercover line.

The caller identified himself as a “local organizer” of the Ku Klux Klan who was trying to raise membership in Colorado Springs. He asked Stallworth several questions, then invited him to meet in person; they agreed upon a time and, once they hung up, Stallworth swung into action.

He asked for permission to proceed and for a colleague’s help, but was denied; sure that this could be a major matter, he went to higher authorities. He already had in mind a sharp colleague who was white and could “be” Stallworth when Stallworth needed to attend Klan events because, remember, the real Ron Stallworth is a black man.

For the next 10 weeks or so, Stallworth and his co-detective, Chuck, worked their way into and through the Klan. They attended rallies and meetings, thwarted cross-burnings, and Stallworth spoke many times with Grand Wizard David Duke. There was certainly danger in what he’d done but mostly, because of the amateurishness of the organization he’d infiltrated and the mistaken tenets its leaders held, it was a lesson in absurdity.

“It was,” said Stallworth, “as if Dennis the Menace were running a hate group.”

And that pretty much sums up what you’re going to find inside Black Klansman:  a little danger, a lot of audacity and plenty of intended-unintended laughs.

Even so, this book isn’t a comedy. The seriousness of what author Ron Stallworth did becomes apparent as he writes about hate groups in 1978 Colorado, which, presumably, could be Any State: the tentacles of those organizations reached far and were verging on joining forces when his investigation was shut down. There were obviously different methods of word-spreading 40 years ago, but in today’s world of internet and cellphones, readers can easily conclude chilling parallels.

This is in the forefront of the story, but there’s no denying the humor here, too. It’s going to make for a great movie, which came out earlier this month.

Terri Schlichenmeyer has been reading since she was three-years-old and she never goes anywhere without a book. She lives on a hill in Wisconsin with two dogs and 15,000 books.