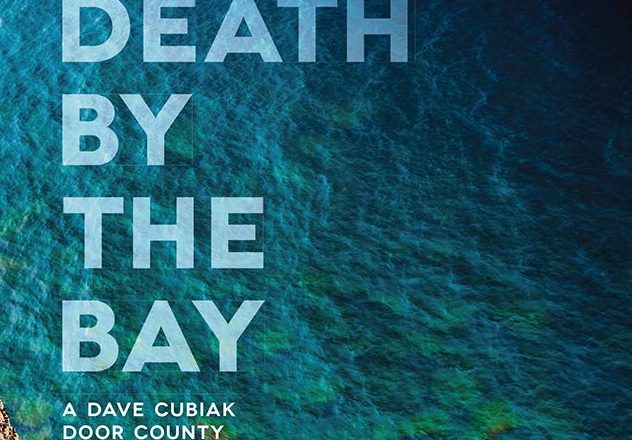 Death by the Bay. Submitted.

Early in the 20th century, a mysterious stranger arrived in a Wisconsin community, approached a family of immigrant farmers and introduced himself as a doctor. In a community of large families, this couple had only one child – a daughter with a disability – and the stranger gave them some exciting news: he could take their child to a hospital where she would be cured and then sent home well and whole. The desperate parents allowed him to take their daughter away, and she was never seen or heard from again. She probably became a subject in illegal scientific experiments.

Surprisingly, the “doctor” soon reappeared, this time offering a cure for a girl named Rose, whose body had been devastated by polio. Rose’s mother grabbed a broomstick and chased the man off her property. In time, this intrepid woman became the grandmother of Patricia Skalka, the author of the Dave Cubiak Door County murder mysteries.

Skalka was horrified when she first heard these stories, and during her years as a nonfiction writer, she thought about launching an investigation to expose the so-called doctor. But by that time, the villain was probably dead, and records would be impossible to find.

After Skalka began writing fiction, she found her own way to serve justice: She would use this appalling crime as the basis for a Dave Cubiak novel – the first time she had based one of her novels on an actual event. Thus began the creation of Death by the Bay, which Skalka dedicated to “Aunt Rose, who was denied so much in life.”

The story begins peacefully enough, with Cubiak waiting for his friend Dr. Bathard, a retired coroner, to join him for lunch at the Green Arbor Lodge. The lodge is unusually crowded with physicians attending a conference sponsored by the prestigious, but mysterious Institute for Progressive Medicine. When Cubiak hears a woman scream, he rushes into the conference center and discovers that the famous Dr. Leonard Melk, founder of the institute, has collapsed on the podium and died of an apparent heart attack.

At first glance, there’s nothing surprising about the doctor’s death – he was almost 93 years old. But Cubiak’s suspicions are roused by the arrogant and abrasive manner of Dr. Harlan Sage, the institute’s director. Before long, Cubiak and the wise Dr. Bathard are deep in the investigation of a possible crime – with no idea what they’re looking for.

Eventually Cubiak meets Florence Fadim, an elderly woman who lives alone in a farmhouse where the lawn is brown and the picket fence has lost most of its pickets. Cubiak finds her in a shadowy sitting room, hunched in a chair and wrapped in several layers of clothes. She stares at a window. When he tries to introduce himself, she grabs him with clawlike hands, calls him Tommy and demands that he go find Margaret before she comes to harm.

Her mind wanders, and she tells Cubiak that her family used to have chickens, pigs, dairy cows and a collie named Shep – in other words, they were prosperous farmers. But who are Tommy and Margaret? Cubiak wants to help Mrs. Fadim, but there’s not much he can do except bring her some vanilla wafers from the cupboard and make her a cup of tea. Skalka depicts the old woman’s loneliness, poverty and dementia with heartbreaking clarity.

In Death by the Bay, Skalka reveals a remarkable ability to create atmosphere, particularly during the episode when Cubiak drives a Jeep along a narrow road through a dense forest, feeling like the last man on Earth. He passes the “town” of Cleona, which consists of a tavern with a tin roof, a shack where gasoline and groceries are sold, and a lot where a few used cars are for sale. But Cubiak pays little notice. He’s seeking the ruins of the Northern Hospital for the Insane – once a nationally known facility housed in a magnificent building – where the great Dr. Melk had practiced medicine.

But the hospital is gone, burned to the ground years ago, and its patients – many of them children – had been trapped inside. No one remains except a mysterious old man: a former caretaker who still does his best to tend the grounds of the once-famous hospital.

Clearly, Skalka knows how to chill her readers’ blood, and she leaves them with haunting questions. In this world of shrinking communities and lost farms, how many Florence Fadims are out there, sitting alone in their cold and musty rooms and staring at the window for someone who will never arrive? And how many immigrants are forced by despair to allow some “doctor” to take their children away?

The Peninsula Bookman in Fish Creek will hold an author reception on May 17, 5 pm, for the launch of the fifth installment of Skalka’s Dave Cubiak series, Death by the Bay. The author will read and sign books at the Peninsula Bookman’s new Sister Bay location, 10580 Country Walk Dr., on May 18, 2-3 pm.