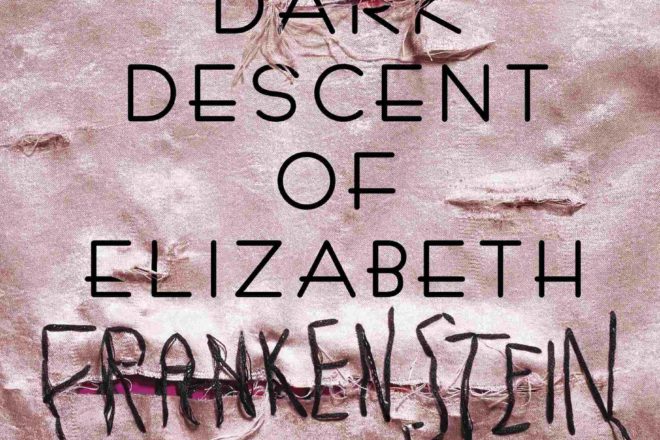 Your future was laid out before.

It’s all set. You have plans and a method to execute them. Each step of your journey will progress in order, just as it’s meant to be, and any bumps in the road will be dealt with accordingly. As in The Dark Descent of Elizabeth Frankenstein by Kiersten White, it will take monstrous focus.

It had been much too long.

Months had turned to years and though he’d promised to write and tell Elizabeth where he was, Victor rarely did so; indeed, this time, it had taken cunning and a delicate lie for her to find him in the Bavarian village of Ingolstadt. Now, she’d go to him. Surely, he must need her.

She had no other choice.

When she was but five years old, the Frankensteins purchased Elizabeth from her stepmother, a cruel woman who lied and said that the fair, golden-haired Elizabeth was high-born. When brought to the Frankenstein estate, Elizabeth understood that she was Madame Frankenstein’s best hope, just as she instantly knew that she never wanted to leave, that staying was based on taming young Victor and his mercurial ways. She had to win him over, then she had to make him think he needed her. Later, she had to keep him thinking so.

Without it, Elizabeth would be unnecessary, tossed out with nothing to call her own.

And so she spent her entire life at Victor’s side, keeping him happy. It was she who spun fanciful tales and crafted playful scenarios that kept Victor’s anger at bay. It was she who first befriended Henry Clerval; she who saved Justine, the perfect governess, for the little brothers that Victor never seemed to want around. Indeed, he needed her.

But in finding Victor in Ingolstadt, Elizabeth discovered something else, something so horrible that she destroyed his laboratory and notes so that no one else would know the truth about him or what he’d done.

Nobody would know the truth – least of all, she….

Sometimes, you like to sit down with a nice little gothic novel.

And that’s just how The Dark Descent of Elizabeth Frankenstein starts out:  a nice little gothic novel that softly snarls as you turn the pages.

And turn them, you will, because author Kiersten White makes you want to know exactly how Elizabeth fits into the classic tale of a mad scientist and his monster. Meanwhile, you’ll hate her; she’s vain and disdainful, the kind of character who’d sneer at you, no matter who you are. She’s also manipulative, in a modern way that’s surprising in a Victorian-set novel.

While this book may be shelved in the Young Adult section, it’s an equal delight for older readers who love the classic tale of evil science. The Dark Descent of Elizabeth Frankenstein is the perfect creepy companion, if you’re already familiar with Mary Shelley’s Frankenstein.