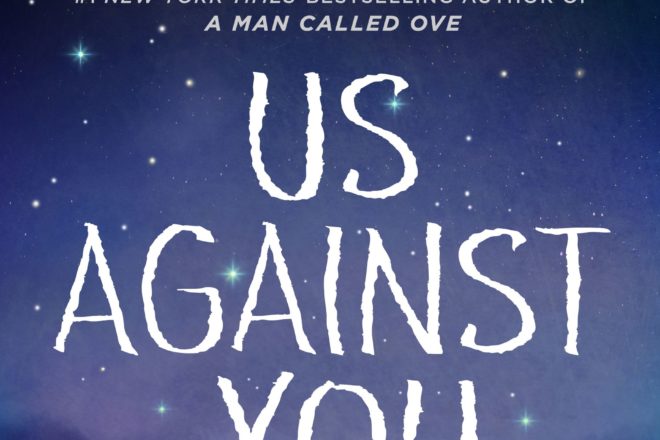 Down, defeated, beaten and sent home. You’re losing, not winning, and you need to know how it happened so it won’t happen again. Winners are champs, losers are chumps, and the latter is no fun. Besides, as in the new book Us Against You by Fredrik Backman, losing can take an entire town down with you.

Hockey was everything for Beartown.

Back when the Bears were about to launch their team onto a national stage, Beartowners were riding high. Nobody could talk about anything but hockey, until Kevin Erdahl was arrested for raping Maya Andersson. Maya lost her childhood, the Bears lost the game, Coach lost his job, the town lost their team. Beartown hockey would be absorbed by Hed, the next town over and Beartown’s most hated rival.

Peter Andersson knew that everyone in Beartown blamed him for this – everyone, except the few who stood up for Maya and those who understood that he was a father before he was a coach. Now Peter watched everything fall around him, including his daughter, who seldom came home anymore; and his son, who carried anger around like an oxygen tank. Peter’s call to the police that night last winter ended a lot of things:  friendships, futures, businesses, relationships. But what else could he do?

Not much, until he was given a lifeline.

Richard Theo always got what he wanted. And what he wanted was political office, power and money from Beartown, without being blamed for anything that might happen while he achieved it. Years before, he’d learned that if he could determine someone’s deepest wishes, he could manipulate them for his own gain. Theo had become good at it, and Peter wore his wishes on his sleeve.

But, though Theo demanded it, could a lesbian coach, a few uncontrollable players, and some “hooligans” finish what Peter had been unable to do? What price was he willing to pay for himself, his family, and his town to get his club back?

Okay. Just so we’re clear on Us Against You:  this is what it’s like to have your heart torn from your chest, tied with a string, and played with like a yo-yo.

This is what it’s like to be amused and teased, hurt and prodded and dangled by a narrator that will remind you of a red-nosed reindeer’s snowman. And you’re going to love every second of it because author Fredrik Backman has you on that string: pull up, and you’re laughing at a razor-keen observation on one of the characters. Spin down, and you’re so inside that character that you feel the sharpness of their pain.

The space between the two is where you’ll find one of the better novels you’ll read this year.

Us Against You is a sequel to last years’ Beartown, and while Backman gets readers up-to-speed pretty quickly, you’ll be happier if you read the first book first. Do that, then come back quick because once you’ve got this book in-hand, it’s not going down.

Terri Schlichenmeyer has been reading since she was three-years-old and she never goes anywhere without a book. She lives on a hill in Wisconsin with two dogs and 15,000 books.