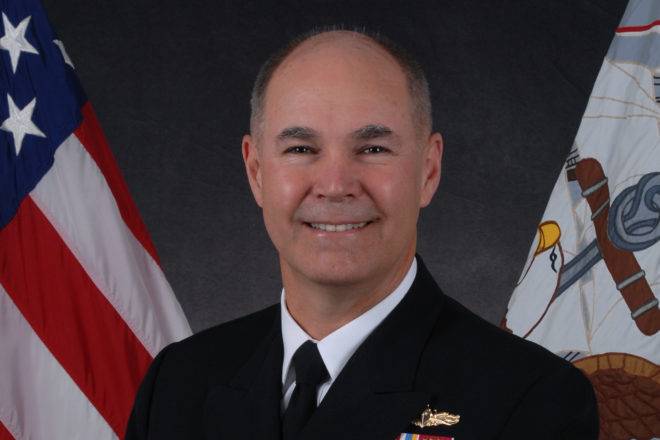 “This move is indicative of Fincantieri’s commitment to growth in the U.S. government business sector as we solidify our position as a major shipbuilder in the defense industrial base,” said Dario Deste, CEO of Fincantieri Marine Group. Hunt will focus on expanding the shipyard’s capabilities and capacity and build understanding with government customers.

Jan Allman was the previous president and CEO and will remain the CEO of the Marinette shipyard, where the Navy’s Freedom-class Littoral Combat Ships are built.

Hunt is a 1975 UW-Madison graduate who served nearly 38 years as a Navy surface warfare officer and deployed on numerous ships and with various commands. After serving as the commander of Combined Joint Task Force-Horn of Africa and the Third Fleet, he commanded surface forces in the U.S. Pacific Fleet and became director of the Navy staff at the Pentagon, retiring in 2013.

Hunt then worked for Raytheon as the VP of U.S. Business Development and became chief strategy officer at Fincantieri Marinette Marine in April 2018.