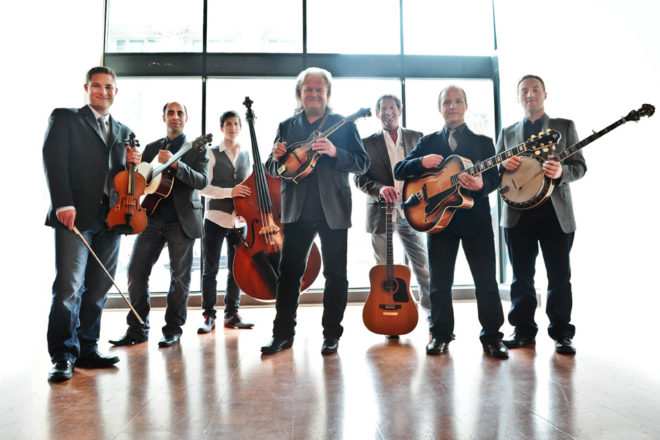 Bluegrass icon Ricky Skaggs and his band Kentucky Thunder will take the stage at Door Community Auditorium (DCA) in Fish Creek on Aug. 6 at 8 pm.

Skaggs was born July 18, 1954 in Cordell, Kentucky. He struck his first chords on a mandolin when he was five years old, and within a year, the child prodigy was sharing stages with bluegrass legend Bill Monroe. By age 7, Skaggs had begun appearing on TV with Lester Flatt and Earl Scruggs. He became a professional bluegrass musician in 1971, when he and his friend Keith Whitley were invited to join the legendary Ralph Stanley’s band the Clinch Mountain Boys. Fifty years later, this 14-time Grammy Award winner continues to work at the forefront of the current roots music revival.

In 1982, he became the youngest musician ever inducted into the Grand Ole Opry. Since then, he’s had 13 number-one hits, including “Highway 40 Blues” and “Country Boy,” and played with luminaries like Flatt and Scruggs, Ralph Stanley, Emmylou Harris, Bruce Hornsby, Vince Gill and countless others. Backed by an ensemble of world-class pickers – the renowned band Kentucky Thunder – Skaggs will take over DCA for a blazing evening of bluegrass music.