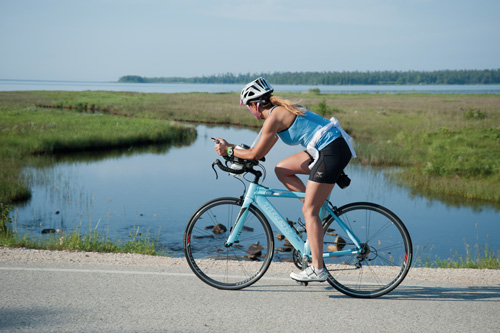 As cyclists cross the finish line of this year’s Ride for Nature, a few numbers might come to mind. The most likely pairing will be one and 100, as the June 16th ride is an early event in the cycling calendar and will probably be the first century ride of the season for many participants. 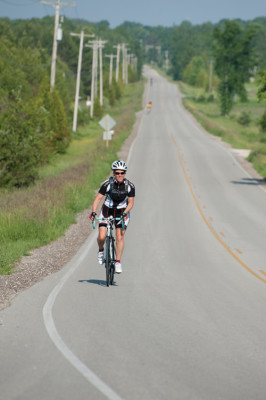 But for the organizers of the event, two very different numbers come to mind:  24 and three. The creation of the Ridges Ride occurred 24 years ago when Bill Schuster, Bill Johnson and Ray Stonecipher took on the task of organizing a bike ride to raise funds for The Ridges Sanctuary. Three years ago the non-profit sanctuary paired up with the Peninsula Pacers, organizers of the Door County Half Marathon, to present a revamped event in the Ride for Nature.

Building partnerships within the community has been a real focus for The Ridges Sanctuary over the last few years according to Executive Director Steve Leonard. As the sanctuary enters its 75th anniversary year he finds himself asking, “What partnerships can we form to expand our mission?”

“The volunteers have always done a great job,” Leonard says. “But what we saw was a need to build more awareness and to market, not only the ride, but The Ridges mission. This partnership has helped expand this capability.”

Brian Fitzgerald, co-owner of the Peninsula Pacers and ride director, agrees that the partnership has been a great fit.

“There was a really great group of volunteers who spearheaded this event over 20 years ago,” he says. “It was their hard work and dedication over the years that provided the foundation for a successful event. What we bring to the table is our experience from putting on a professional, competitive event and using that experience to present a pleasurable silent sports event. It’s been a really great partnership.” 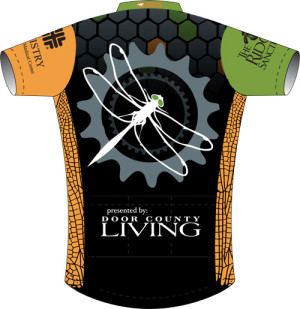 That partnership will expand again this year, as the first Door County Beer Festival will also be based out of the Baileys Harbor Town Hall on June 16th. As riders cross the finish line, they’ll find themselves amidst a celebration of “good beer, good food, good music and good fun.” The festival will feature over 120 craft beers, a half dozen seminars on beer, cheese, local food, and the music of Tumbling Bones, a Brooklyn, New York-based bluegrass band, as well as local favorites Eric Lewis, Tommy Burroughs and Big Mouth.

“The more people who know about the Ride for Nature and the more well-rounded experience we can offer participants, the better their impression will be of the event and the more exposure The Ridges will receive,” says Fitzgerald.

With a full day’s worth of activities to look forward to, it seems likely that after cyclists grind out 100, 62, 50, 25 or 15 miles for this year’s Ride for Nature that they’ll have more than just those numbers to fixate on.

A Vision for the Future

Funds raised in the Bike to Benefit program will be used in the restoration project of the Lower Range Light. Photo courtesy of The Ridges Sanctuary.

With the purchase of the former Sandpiper restaurant property at the corner of Highway 57 and Ridges Road as the future site of an interpretive center, The Ridges has secured a visible entrance and a gateway into all that the preserve has to offer.

“We’re at the beginning stages of the site design to really focus in on building the handicap accessible boardwalk this summer as we continue to fundraise for the building project,” says Ridges Executive Director Steve Leonard. “If we can get that boardwalk done, that builds that physical connection from Baileys Harbor to The Ridges itself.”

On July 28th, The Ridges will hold a 75th anniversary celebration that includes a donor luncheon and an evening reception featuring keynote speaker George Archibald, co-founder of the International Crane Foundation. Archibald’s presentation will delve into the similar cultural histories shared by The Ridges and the Crane Foundation – both organizations grew out of grassroots movements led by a handful of people and both emphasize scientific research and environmental education as the pathway to preservation.

For more information on The Ridges Sanctuary’s Vision or their 75th anniversary special events, visit www.ridgessanctuary.com.

“The Range Lights are sort of an icon for The Ridges and for Baileys Harbor,” said Carol Schuster, volunteer and membership coordinator at the sanctuary, “and the Lower Range Light is direly in need of restoration.”

To learn more about the program and help preserve this iconic structure, visit www.ridefornature.com/bike-to-benefit.