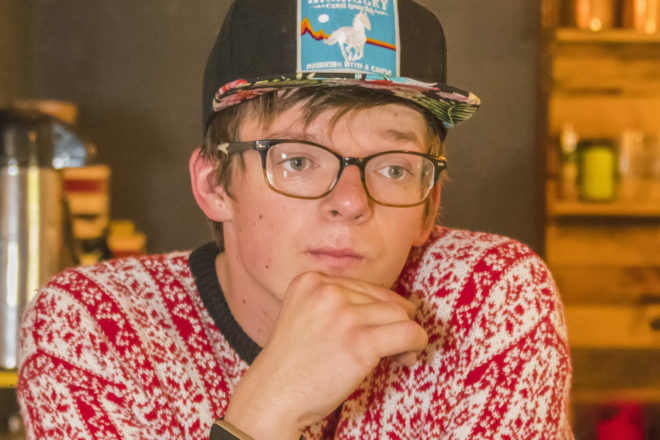 It’s not a common sentiment among business owners to push customers out of their comfort zones. Then again, conventionalism isn’t part of Ryan Castelaz’s approach at his Sister Bay coffee shop, Discourse: a Liquid Workshop. They recently celebrated their one year anniversary, so I talked with Castelaz about the past year and the delicious discomfort they’ve thrived on.

Castelaz didn’t always like coffee. In fact, he hated it. During his sophomore year of college, he participated in a student teaching practicum. It was then that he began to discover the necessity of coffee to get through the day. When he studied abroad in Italy soon after, he fell in love with espresso.

After graduating from Luther College in Northeast Iowa and moving to Door County for a management position at Bier Zot, he experienced one of the hardest periods of his life, he said. He was managing coworkers that were 10 years older than him without prior experience, and he hadn’t yet made friends. A lot of times after work he’d head home and lose himself in the show Chef’s Table.

Inspired by the craftsmanship of the chefs on the show and what they created, he knew he wanted to do something similar. Cooking wasn’t quite part of his skill set, so he considered opening a cocktail bar. It is extremely difficult to get a liquor license here, though.

“I started thinking maybe we can do this coffee shop, but approach it with the same aesthetic, ethos and mentality that any bartender would approach at a cocktail bar,” Castelaz said. “So, it was kind of out of a necessity that the concept for Discourse was born.”

Now, Discourse offers an always changing set of drinks that push the boundaries of coffee into the fourth wave, something that Castelaz developed ideas for while travelling. There are different trends and levels in the coffee industry identified as “waves.” The fourth wave presents coffee as more of an experience with the barista serving as artist. Before opening shop, he took seven weeks to splurge at coffee shops and Michelin-starred restaurants looking for inspiration.

A lot of big cities – Los Angeles, San Francisco, Seattle, Chicago – seemed to still be stuck in the Third Wave. It’s a generalized approach to coffee, Castelaz said, where the ultimate goal is to make sure that the coffee they serve has the ideals of the whole chain in mind. Basically, they don’t want to mess up the coffee as it travels from farmer to the mill to a roaster to the shop. It’s about transparency and quality.

In small towns like Amarillo, Texas and Tulsa, Oklahoma, he noticed that there were some shops inching out of that arena. They had freedom to express themselves, Castelaz said.

“When I look at Fourth Wave coffee, I see it as quality is a benchmark that’s no longer our goal – it’s where we start. It should be delicious without a doubt. But that is not enough to captivate an audience,” Castelaz said.

The coffee drinks at Discourse focus instead on creating an experience to activate feelings or memories. They are inspired by people, songs, things – “time, a moment, a memory.” You’re not going to get a basic cup of coffee. You’re going to get coffee concoctions – craft espresso drinks, cold brews and tea sodas. 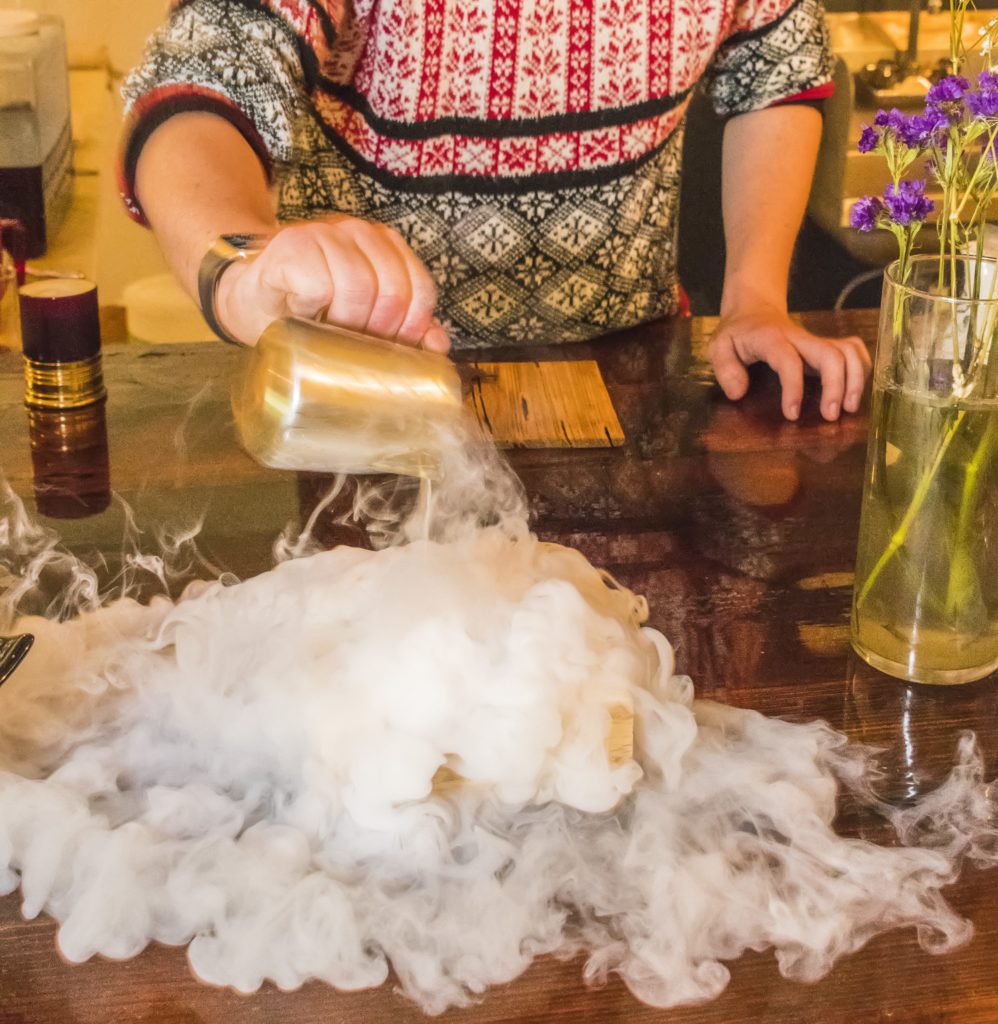 Take “Brunch” on their new summer menu, inspired by Castelaz’s favorite meal. It’s a cappuccino that has spiced ham glaze, freeze-dried sweet corn and candied bacon as its craziest ingredients. They really wanted to blur the line between food and drink, Castelez said.

Another way to experience Discourse is through Omakase, a dinner service collaboration with Door County Underground, a pop-up dinner series. Together they serve a menu of small plate and drink pairings. It’s an intimate dinner currently themed to celebrate some of our vices:  wrath, lust, gluttony and sloth.

“If you come to Omakase and you leave feeling like you know me better, then we’ve done our job,” Castelaz said.

He’s learned a lot over the past year, and frighteningly so at times. He discovered that living his dream sometimes meant sticking around the shop till odd hours of the morning washing dishes, yelling at employees, “putting on his big boy pants” to talk business and constantly trying to beat himself with every menu he puts out.

“I feel like I am a 35-year-old in a 24-year-old body. You are forced to be so many different things and to wear so many different hats,” Castelaz said. “There are no hours, you’re not on a clock. You’re always working. My mind is always working, it is always thinking. That can be very alienating, especially when you’re in a group of friends that you love and you feel like you’re there, but you’re not there.”

In the end, Castelaz is living his dream, and with successes far outweighing what it took to get there. He’s locked in countless amounts of collabs and partnerships, he’s up 300 percent from where he was last year, he’s been featured on Wisconsin Foodie among others and he’s able to provide a livelihood for his employees.

“Living your life, living your dreams is not far-fetched, pie in the sky,” Castelaz said. “The morning you wake up and say today, today I do this thing is the day that you start making progress towards actually living your dreams.”