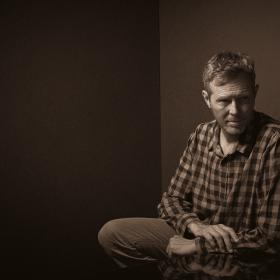 Singer-songwriter Robbie Fulks is featured in the second of five concerts scheduled for the 35th season of winter folk concerts at White Gull Inn in Fish Creek. Fulks will be accompanied by Chicago musician Don Stiernberg, a leading exponent of jazz as well as all styles of mandolin.

Fulks is prodigiously talented, with the soul of a country singer and the mind of a vaudevillian. Lost in the deserved accolades for being a fabulously unique, clever and heartfelt writer is the fact that he’s also one of the best guitarists around.

Fulks grew up in a half-dozen towns in southeast Pennsylvania, the North Carolina Piedmont and the Blue Ridge area of Virginia. He attended Columbia College in New York City before dropping out to focus on the Greenwich Village songwriter scene. In the mid-1980s, Fulks moved to Chicago and joined Greg Cahill’s Special Consensus Bluegrass Band. Since then he has gone on to create a multifarious career in music.

An optional fixed price dinner will be served at 6 pm for the Dec. 5 concert. On the menu is citrus cranberry glazed Cornish game hens stuffed with spinach; wild rice and brie cheese; balsamic glazed Brussels sprouts; salad; and peppermint cheesecake.

The concert starts at 8 pm and is $23 per ticket. Advance ticket purchase and dinner reservations recommended. For tickets, call 920.868.3517 or visit whitegullinn.com.