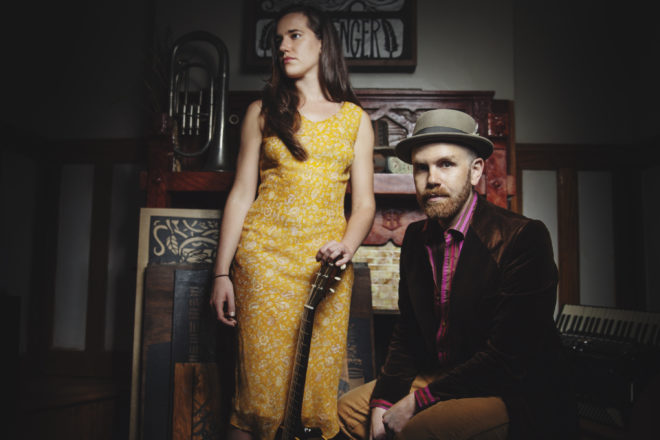 The singer-songwriter duo Robinson & Rohe will perform at the White Gull Inn in Fish Creek on Jan. 31.

Liam Robinson and Jean Rohe have known each other for more than a decade, developing a friendship as they pursued separate careers – spanning everything from playing Brazilian jazz gigs to composing orchestral scores. Despite separately flourishing careers, the two found themselves with a musical itch they hadn’t yet scratched. One afternoon, as they sat at Robinson’s kitchen table, they began to collaborate in what would become their debut record, Hunger. Since then, Robinson and Rohe have combined their skills, and now their lives, in a musical and spiritual partnership which are highlighted on their current tour of the West and Midwest.

The concert is the third in a series of six in the inn’s 34th season of winter folk concerts. Tickets for the 8 pm performance are $20. Tickets, dinner reservations and information can be obtained by calling 920.868.3517.