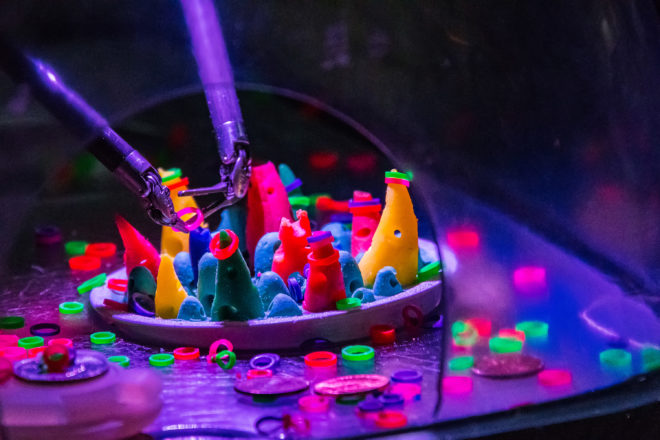 The lobby of the Door County Medical Center was buzzing with chatter on a recent afternoon for a demonstration of the Da Vinci Xi robotic surgical system, a high-tech, $2 million tool the hospital has been using since May.

Intuitive Surgical, the American corporation that developed and manufactures the Da Vinci, won FDA approval for general laparoscopic surgery in 2000, and has since gained approval for prostate surgery, thoracoscopic surgery, as well as some gynecologic and cardiac procedures. There are fewer than 5,000 of the robotic units worldwide, with a little more than half of those in the United States.

On the demonstration day at the hospital, the public was invited to see and try the Da Vinci Xi. Students from St. John Bosco Catholic School were also able to manipulate the surgical robot.

“I was a true skeptic,” said Gwen Haight, director of surgery at Door County Medical Center. She said every so often her department would get a call from robotic surgery advocates to ask if the hospital was interested in knowing more about robots.

“I thought, no way,” she said. “We do not need to go down this path. This is so big city technology. But the more we talked and investigated, we had the opportunity to watch surgery in Green Bay. It opened our eyes. Yes, we can do this here.” 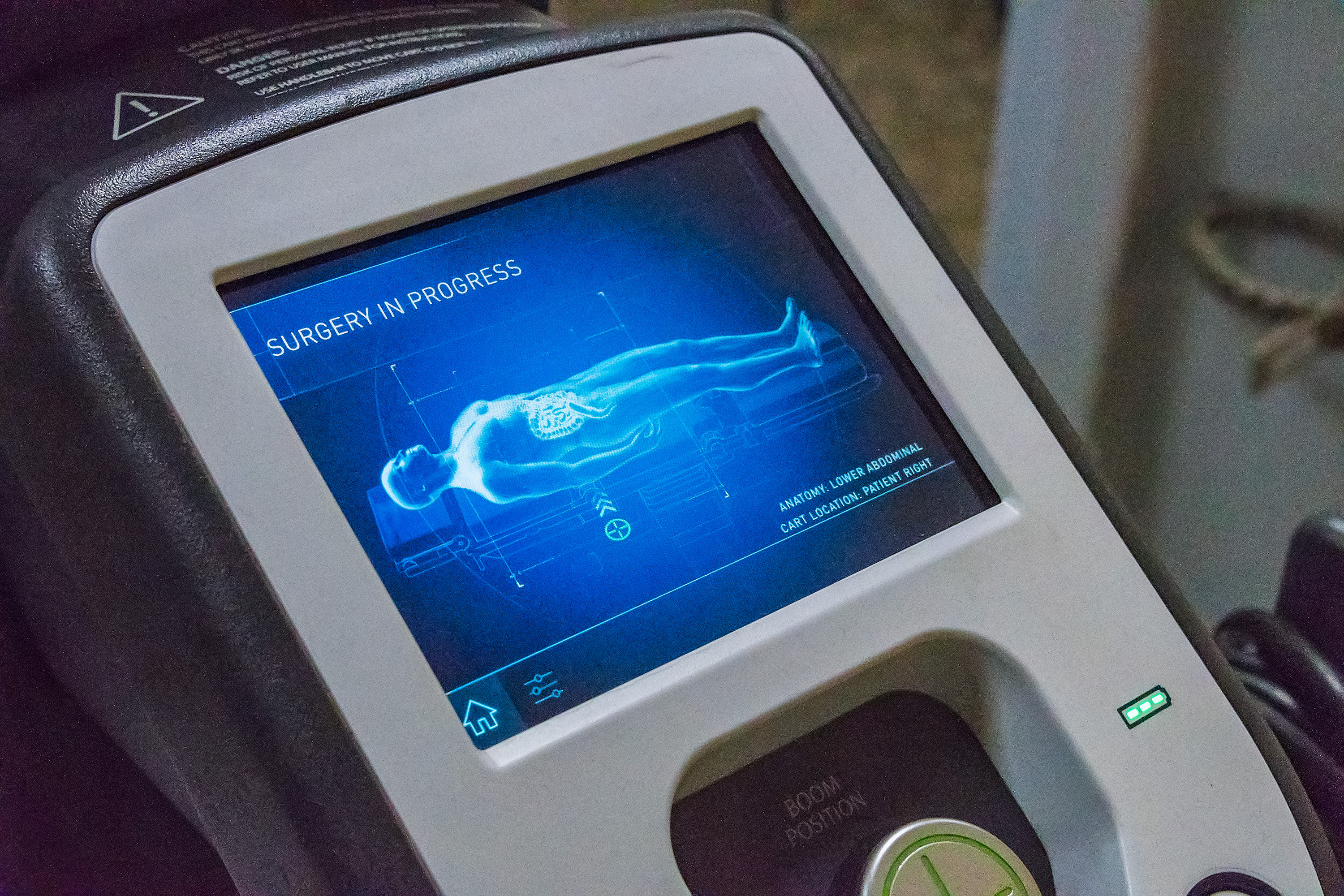 Now, having completed 51 surgeries since the DaVinci Xi arrived on May 9, Haight is a true believer.

“We have another 18 surgeries on the schedule,” she said, adding that it benefits both patient and surgeon.

“It’s great for our patients. They’ve been having great outcomes,” Haight said, saying that due to smaller incisions with less damage to muscle and tissue, recovery time is much faster.

The robotic surgery machine at DCMC was designed specifically for abdominal surgery.

“Patients are getting back on their feet within a few days, depending on the surgery,” Haight said. “This one is designed for abdominal surgeries, anything inside the abdominal cavity. I remember colon surgeries just four months ago, we would have to make a large incision so the doctor could get to everything. The patient stayed five to seven days after that.”

She mentions that now patients are often going home the next day and can get back on a normal diet faster as well. 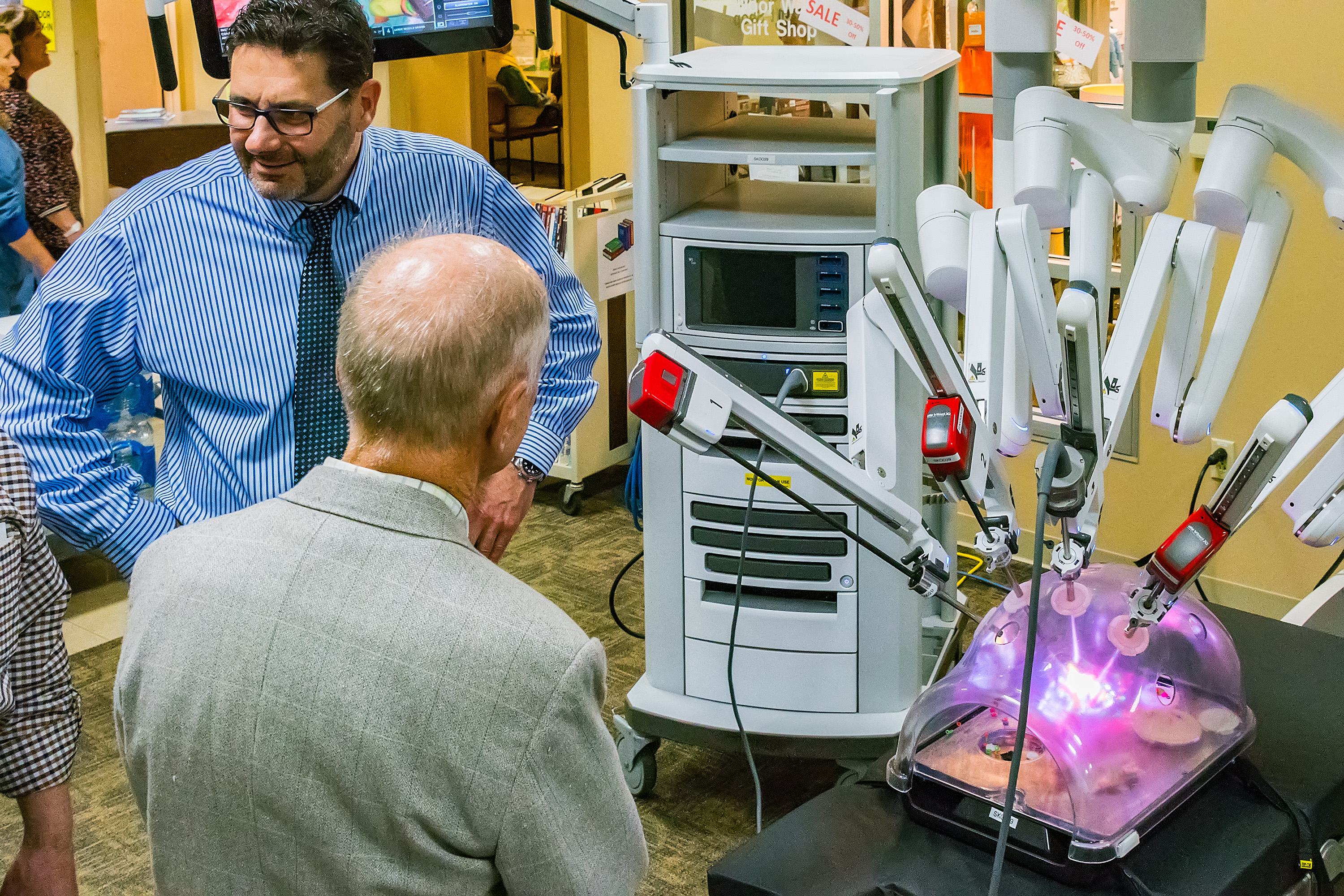 For the surgeon, he or she now sits at a module on a desk to control the robotic arms, rather than hunching over the patient for hours.The lives of surgery staff are also made easier since there is 340-degree access to the patient through the robotic surgeon so the patient does not have to be moved or adjusted.

“I think it’s pretty incredible,” Haight said. “We’re essentially a 25-bed critical access hospital, so at the end of every day, we can’t have more than 25 patients sleeping in our hospital. To have this in this small of a hospital is very forward thinking. That’s the beauty of our CEO and our board. They just think forward. I think it’s kind of a Door County thing, too, forward thinking.”

“It really prepares the hospital for the future,” said DCMC CEO Gerald Worrick. “New surgeons coming out of residencies are going to be training on this and will expect it. When it comes to getting new surgeons here, they’re not even going to look at you if you don’t have one of these.

“All our current surgeons are really excited about this. It opens whole new avenues for them. I think it’s a great long-term investment for the hospital and the community.”

“He was trained on this and has actually trained other physicians,” Worrick said.

“I tell people the learning curve for surgeons learning to do robotics is actually fairly quick,” Dr. St. Jean said. “It’s intuitive, to use your hands the way they were meant to be used. The robot allows you to do that and transfers the actions to a very small area in minute articulation. I’ve done probably a couple thousand robotic surgeries now, and I would say I’m always learning something with each case. There are little tricks you learn as you go.”

St. Jean, who came from a specialized tertiary-care, 400-bed hospital where they had two older model Da Vincis and one of the new model Xi, said it is almost unheard of for a hospital the size of DCMC to have the latest in robotic surgery.

“A critical access hospital of this size with an XI robot is not very common,” he said. “When you’re looking at access, especially in a remote area, being able to deliver a level of care to your constituency, your customers, that they don’t have to travel an inordinate distance to do makes a big difference.”