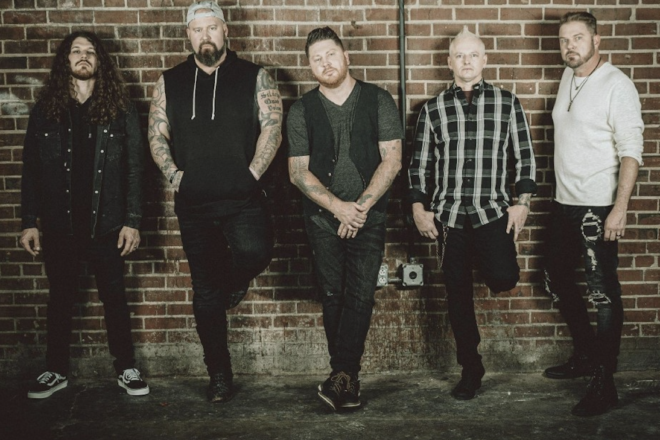 Once peak tourist season is over in the fall, Washington Island gets pretty quiet, according to Washington Island Campground co-owner Kayla Stults. But Sept. 23-24, a new music festival – Rock Death’s Door – will break the silence at the campground.

The weekend country-and-rock festival will be the first of its kind on Washington Island, with The Voice finalist Jared Blake headlining Sept. 23 and multi-platinum recording rockers Saving Abel headlining Sept. 24.

These are big names for such a small island – and Kayla Stults’ husband, campground co-owner Mike Stults, helped to get them there. Mike Stults became friends with Jared Blake through their mutual involvement in the Wisconsin Association of Campground Owners. Then, in addition to playing at the event himself, Blake helped the Stultses to book Saving Abel.

The two headliners are backed up by country singer-songwriter Billy Gray, rock-and-rollers Thy Dirty Deuce, 70s-to-today cover band The Nix and country rocker Ainslie Cornell, who’s a Washington Island native. The country artists in the mix will largely dominate the stage on Friday, but on Saturday, the lineup is mostly rock, Kayla Stults said.

Though this is the first year for Rock Death’s Door, it’s not the Stultses’ first time coordinating a music festival on Washington Island. For the past two years, they’ve been putting together Sól Grass, a two-day bluegrass festival featuring artists such as Horseshoes and Hand Grenades and Them Coulee Boys.

In June, Sól Grass brought in about 700 people, Kayla Stults said. The crowd was a blend of locals, tourists and serious fans who made the trek to Washington Island to see their favorite bands.

She expects a similar mix for Rock Death’s Door, hoping for a crowd of 300-400. But if more show up, they’ll have plenty of room for them, courtesy of a four-acre plot featuring a chic log stage that Mike Stults made by hand last year. It took him about a month to plan for the construction of the stage, but just three days for him and a friend to build it.

That makes Rock Death’s Door a homegrown concert, from the artists to the stage to the sponsors – all local businesses, with One Barrel Brewing Company providing beer, Point Grille catering food and the Washington Island Lions Club helping to facilitate.

Combined with this community involvement, the unusual nature of the festival is a draw for both area residents and visitors, Kayla Stults said.

Ready to Go? Here’s What to Know