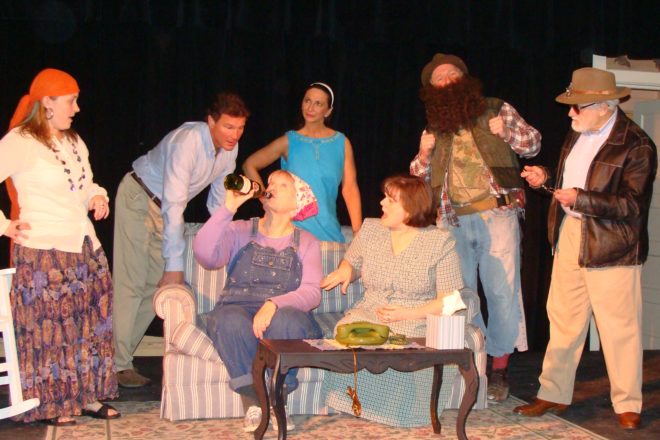 Rogue Theater is bringing back A Bad Year for Tomatoes, written by John Patrick and directed by Stuart Champeau, and the original cast has returned to perform this hilarious comedy.

Famous actress Myra Marlowe leaves her Hollywood career and rents a New England cottage to escape the show-biz craziness and write her autobiography. In trying to shoo away her nosy neighbors, she invents a mad, homicidal sister who she, she says, is locked in a bedroom. Everything gets straightened out in the end, but the goings-on will keep the audience laughing right to the end.

See A Bad Year for Tomatoes in the Oasis Center of Prince of Peace Lutheran Church, 1756 Michigan St. in Sturgeon Bay, July 15-25. Thursday, Friday and Saturday shows begin at 7 pm; Sunday shows begin at 2 pm. Tickets cost $15 per adult and $10 per student. Purchase tickets at roguetheater.org or by calling 920.818.0816.