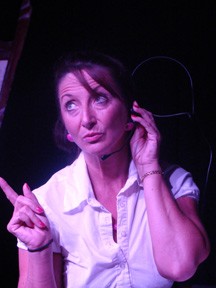 Rogue Theater had enormous success with their productions of “The Golden Age of Comedy.” Now, they are combining the best of shows 1 & 2 to bring new classic comedy sketches from the 1950s, ‘60s and ‘70s to the stage in Northern Door for Memorial Day weekend. Sid Caesar, Imogene Coca, Tim Conway, Harvey Korman, Carol Burnett, Archie Campbell, and so many other television comedy greats will come to life on stage at the Ephraim Village Hall, 9996 Hwy 42, Ephraim. There are two shows only: May 22 & 23 at 7:30 pm.