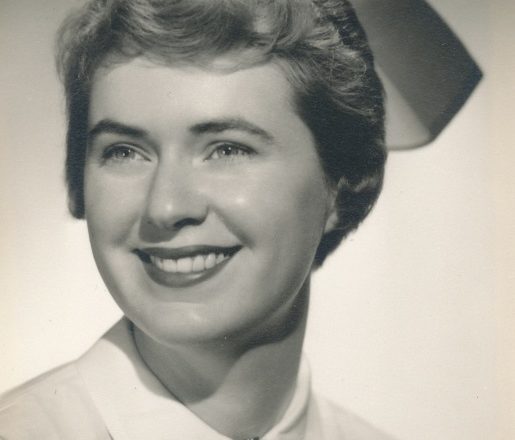 Rogue Theater is honoring the memory of Judy Porter by contributing to her fund to support a UW-Madison nursing student. Submitted.

Rogue Theater has gained many loyal patrons, but none quite like Judy Porter, who, with her husband, Harry, began attending Rogue shows from the start. They attended every show and often multiple times during the run of a show. Judy and Harry were known at Rogue as “Mom and Pop.”

Judy died on Dec. 25, 2018, at the age of 82. She was well known for her loving and caring personality and for promoting and supporting the expansion of the home health-care industry. For 13 years, Judy was the director of public-health nursing in Door County. In 1980, with longtime friend Diane Kiehnau, she opened one of the first privately owned home health-care services in Wisconsin: Porter Kiehnau Home Care Services.

Judy requested that in her memory, she would like to fund one year of nursing school for a UW-Madison nursing student, and Rogue Theater is contributing to her memorial: For every $15 ticket sold to the upcoming The Odd Couple – The Female Version by Neil Simon, $5 will be donated to the School of Nursing Scholarship Fund.

The show runs Aug. 22 to Sept. 1 at the Baileys Harbor Town Hall. You can also make direct donations with a payment to the UW Foundation and send it to the UW School of Nursing, c/o Norah Bushman, 701 Highland Ave., Madison, WI 53705.

To reserve theater tickets or learn more, go to facebook.com/roguetheater.