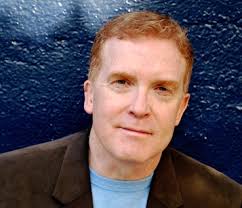 Now through June 3, Rogue Theater presents Beer for Breakfast by Sean Grennan. This preempts the June 12 – July 1 run of his newest play, Now and Then at Peninsula Players Theatre. Beer for Breakfast follows a group of middle-aged buddies as they reunite for a “guys weekend” in a snowed-in cabin to eat chili, drink beer, and relive the good old days. Despite divorce, unemployment, and a stroke, spirits are high until Jessie, the wife of absent friend Adrian, shows up in his place. An epic battle of wits and stamina ensues: will the men win their right to an all-out guy fest, or will woman be crowned the stronger sex after all? One thing is certain, comedy is king in this show.

“I’m very pleased and honored that these two theatres are doing my shows this season. Since 2011, when I first came to Door County to premiere my play Making God Laugh, I have absolutely fallen in love with the area… I can’t wait to see what Rogue Theater has done with [Beer for Breakfast] when I attend a performance on June 2,” said Grennan.

Grennan is a playwright, lyricist, librettist and actor. His plays and musicals have gone on to hundreds of productions around the world, including the U.S., Canada, Russia, Australia, China, the Middle East, England, Latvia and Spain. His popular play Making God Laugh premiered in 2011 at Peninsula Players Theatre. His play, The Tin Woman, also had its world premiere by Peninsula Players in 2014 and he is currently adapting it as a musical.