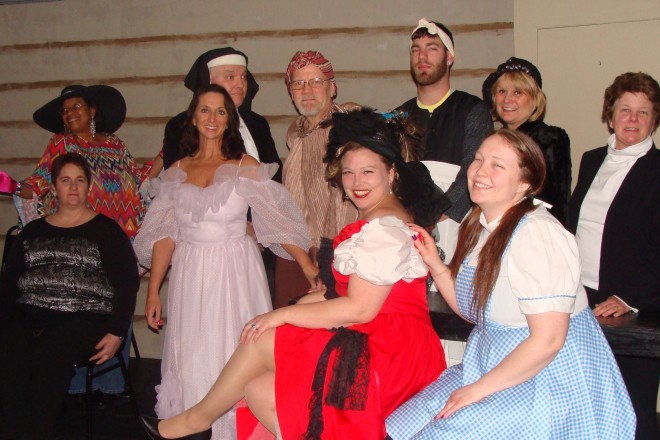 Rogue Theater brings the hilarious And Then There Was Nun to the stage for one weekend. Written by Bruce W. Gilray and Richard T. Witter, this comedy is a spin-off of Agatha Christie’s And Then There Were None as the Holy Order of the Sisters of San Andreas get together on a secluded island for their annual weekend of rest, relaxation…and murder.

Sharp wit and dialogue between the Sisters are presented in a moving staged reading, with authentic costumes. Some of the sharpest tongues this side of “Hollywood” and Vine, infused with some of the most famous lines in cinema (slightly warped). This performance will be a treat for movie buffs and non-movie buffs alike.