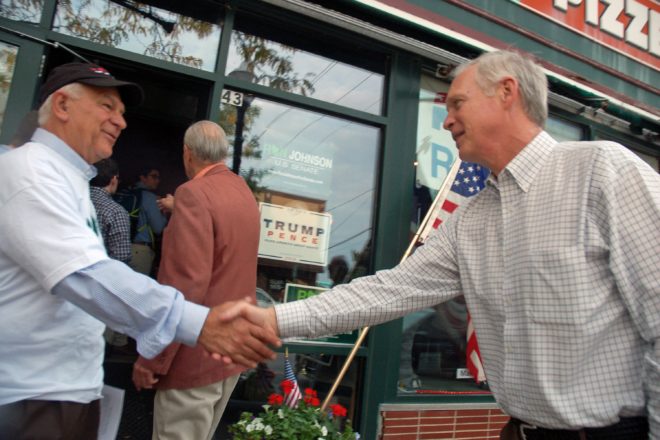 Richard Woldt of Sturgeon Bay (left) greets Sen. Ron Johnson outside the Door County Republican headquarters on Madison Avenue in Sturgeon Bay on Oct. 4. Johnson made a quick stop at the party headquarters to talk with supporters. While the event was advertised as an open house, media was not allowed into the meeting inside party headquarters. Johnson is in a tight race with former Sen. Russ Feingold. Photo by Jim Lundstrom.