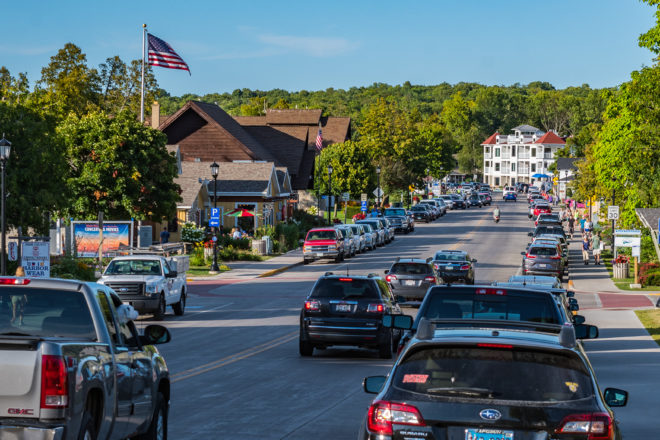 As the year comes to a close, room-tax returns appear on track to rise almost 4 percent based on returns through October.

Gibraltar leads the way in overall room-tax collections, with $732,483 coming in through October, which is up 4 percent over 2018. Sister Bay saw the largest year-over-year increase of the major room-tax-generating communities, with a 7.48 percent increase in room-tax collections on the year. That follows four years of substantial growth for the village.

The Town and Village of Egg Harbor both saw big gains again, each tallying 6 percent increases compared to 2018 after seeing large gains last year as well.

The rise in returns in Sister Bay and Egg Harbor comes on the heels of a decade of substantial investment in public amenities. Sister Bay has spent in excess of $15 million to acquire and improve its public waterfront, streetscape and parks since 2007.

“I would hope that it validates the investment we have made in the community,” said village President Dave Lienau. “Hopefully it continues to grow because of everything we’ve done.”

The village made another major investment last summer when it committed $1 million in a partnership with the Door County Land Trust to acquire Pebble Beach. Though that acquisition was made with an eye toward preservation and stopping development, Lienau said the increasing returns from room-tax growth help the village to make those kinds of decisions.

“Obviously the room tax helps us bring more investment and more spending into the village,” he said. “That’s going to increase our Premier Resort Area Tax as well, and that helps us with our infrastructure spending.”

Over the last decade the Village of Egg Harbor has spent more than $10 million expanding and improving its beach, marina and parks, and another $7 million in a public/private partnership to build the Donald and Carol Kress Pavilion.

Administrator Ryan Heise said those investments have given people more to do in the village and have attracted more private investment, such as the Fireside Restaurant, One Barrel Brewing and Hatch Distillery.

“We’re reinvesting, and it’s paying off,” Heise said. “That’s always the hope, but it’s great when it actually happens. And it gives you confidence for your next investment. Outside of providing amenities to our residents, we always talk about the economic driver.”

When Heise began his job four and a half years ago, he said people told him that Egg Harbor was a pass-through to northern Door County.

“There were lots of complaints about empty storefronts and empty businesses,” he said. “The complaint then was definitely not about parking. I think the Kress Pavilion has made a huge difference in the village. People gravitate to that facility. They see that the village has set the bar really high in terms of public infrastructure. People want to be part of that.”

Door County Brewing Co. opened in the town in 2013, rapidly growing into a much larger brewery in 2017 and becoming a draw of its own. Meanwhile, The Ridges Sanctuary opened a new nature center and boardwalk in a highly visible highway location. Not only has the facility attracted visitors, but it has branded the town as a hub for celebrating nature on the peninsula.

Liberty Grove saw its room-tax returns drop 2.02 percent. It was the only one of the 19 Door County municipalities that saw returns decline year to date. The town has had fewer room nights available than in 2018 in every month of the summer.